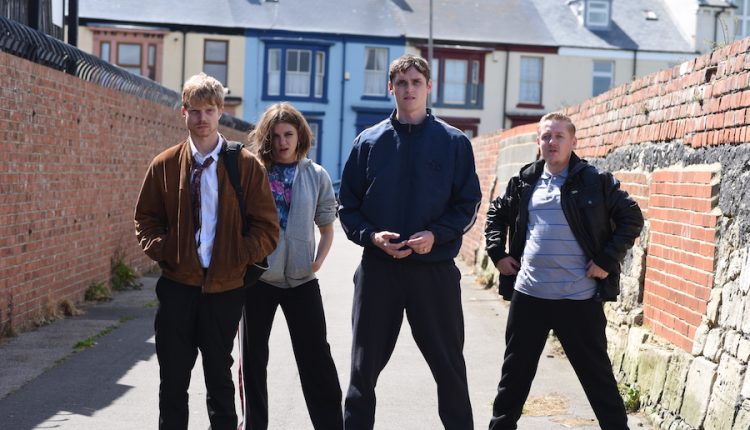 Rene van Pannevis places the stark reality of the life of a young carer centre stage in his powerful film, Looted.

In his debut feature, van Pannevis draws from his own life experiences with this Hartlepool set story. It tells of Rob, who lives with and cares for his father Oswald. A former merchant seaman, Oswald had been absent from Rob’s life throughout most of his childhood but is now terminally ill. Deluding Oswald into believing he is actively seeking work, Rob and his friend Leo are actually carjackers. Rob’s double life implodes when Leo persuades him to partake in another illegal venture, which goes disastrously wrong.

Charley Palmer Rothwell (Legend) stars as Rob, movingly portraying the hopelessness of his situation. He compellingly depicts Rob’s journey from toleration of Oswald’s romanticised maritime tales to the unleashing of repressed rage caused by parental desertion. As Oswald, Tom Fisher (The King) manages to elicit sympathy with a character study free of sentimentality. In addition, Thomas Turgoose (This Is England) impresses as the malignant Leo. Morgane Polanski (Vikings) is captivating as Leo’s compassionate girlfriend who is increasingly drawn to Rob.

This is a character-driven story with a perceptive script co-written by van Pannevis and Kefi Chadwick. The dialogue is delivered in a naturalistic style suggestive of improvisation. For van Pannevis, it is a personal piece that benefits from his understanding of its lead character. Although the movie, expanded from his short film, Jacked, meanders a little in its middle act its themes and performances engage throughout.

It would be reductive to categorise Looted as a crime drama – it is rather an insightful account of a troubled young life. It also speaks of father-son relationships, the lack of support for carers and the reality of poverty in Britain. It ultimately resonates as a salutary reminder of the social inequalities highlighted by the pandemic.

Looted is in cinemas from Friday 6 November.