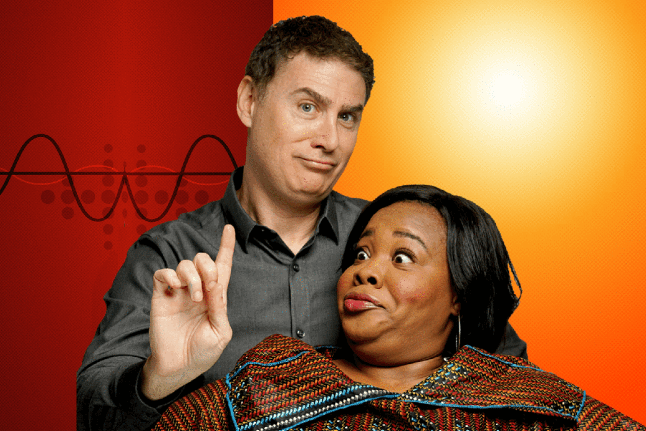 As with other yearly movie seasons, summertime 2019 was no different in terms of serving up interminable entertainment that actively tests our patience, intelligence, and appreciation for cockeyed comedies. Indeed, comedian Jeremy Saville certainly reached a whole new low as the misguided writer-director behind the embarrassing and abominable racial stereotyping satire Loqueesha. Disgraced and divisive, Saville’s insufferable commentary on a down-and-out middle-aged Average Joe (which incidentally is Saville’s lead character’s name) finding fame and fortune behind the insulting facade of a well-received loud and loquacious heavyset black woman on a popular Detroit radio station is one of the worst films ever to see daylight. Detestable and dismissive, Loqueesha is a forgettable farce that is flagrant in its disregard for the targeted demographic this misfire spoofs with degrading cheeky disdain.

Funnyman Saville, known for his trademark routines through comedic circles of mimicking various ethnic accents, goes through great lengths to reinforce this wearisome mockery at the expense of ridiculing black women…particularly sassy urban black women, and their exaggerated eye-rolling gestures of shady put-downs and clownish outrage. Sadly, Loqueesha joins the discomforting crowd of onscreen black-themed obnoxious Heffers such as Tyler Perry’s Madea, Martin Lawrence’s Big Momma or any flabby female relative of Eddie Murphy’s The Nutty Professor. Painfully, Saville’s unfunny and cruel take on the boisterous whims of a toxic-tongued creation of an opinionated beefy-built black woman is about as amusing as chocking on watermelon seeds at a Baptist church picnic.

Saville’s Joe is a bartender toiling at the local drinking hole without much going on in his dreary existence. The one thing that Joe has a gift for according to his drunken patrons is dispensing good advice. Specifically, we spot Joe lending a tending ear to one of his regulars in a pretty black woman named Rachel (Tiara Parker). Of course, Rachel’s praise for Joe’s so-called ability to offer verbal comfort will obviously result in this attractive woman wanting to desire the divorced bartender as the obligatory love interest. Go figure,

In any event, Joe harbors the thought of becoming a radio host whose skill set at advising people should be a natural fit. Already feeling pressured by his ex-wife Cindy (Susan Diol) to come up with the unspeakable $13,000 tuition for his son’s expensive schooling Joe wants to make a life-changing decision and pursue his dream of hosting a call-in radio show. Unfortunately, there is a stipulation that prevents Joe from applying for the radio host gig being advertised. The radio hosting position calls for culturally diverse candidates. Joe’s rejection via his audition tape (with Rachel’s assistance and support) was not accepted or convincing. Hence, Joe goes into defensive mode and blames the unfairness of “being a white man” for not achieving his dream job. How can poor Joe get a decent shake when he is put on the backburner in favor of the radio station executives favoring a minority hiring instead? Awkwardly, Saville–both in character and as the film’s mastermind–is taking an unfounded comical if not clumsy jab at reverse discrimination.

Eventually, Joe devises a plan to land that elusive radio host call-in position by submitting an audiotape of him speaking as a colorful over-the-top misbehaving black woman with a finger-snapping and head-shaking demeanor to match. Joe figures that his Loqueesha persona should hit the mark especially after viewing a ghetto-minded confrontation between a couple of bickering black women on a Jerry Springer-esque daytime talk show. Thus, the inspiration for the outlandish characterization of Loqueesha is developed and soon Joe’s professional luck will change for the better.

Now that Joe has established getting the favorably unseen Loqueesha personality on the radio airwaves much to the delight of both the radio station execs and enthusiastic listeners and advertisers alike the growing problem arises steadily about who this new sensation is that is creating such a buzz behind the microphone? Naturally, a white man Joe cannot be exposed as the bombastic black woman Loqueesha where her increased fanbase wants to eagerly see her up close and personal. Hence, Joe–along with his black buddy Mason (stand-up comedian Dwayne Perkins)–devise a scheme to conjure up a physical public image of the treasured talkative Loqueesha. After holding a monotonous casting call of Loqueesha auditions Joe and Mason finally settle on a pick to be the farcical face of his outrageous, over-sized radio talk show diva in the form of Renee (Mara Hall).

And so the masquerading of Loqueesha courtesy of disenfranchised white Joe and his two black cohorts Mason and Renee are rendered a complete financial success as the accolades pour in for the fictitious garrulous gal and her branded black wit of saucy insight. However, as Loqueesha’s radio reputation increases the stakes become higher and the demand for this bouncy black feminine phenom is off the charts. When it is revealed that Loqueesha’s popularity is on the radar for Oprah Winfrey’s network programming where Joe can make a mind-blowing profit this bit of news does not sit well with an opportunistic Renee that wants a generous piece of the payable pie since she embodies the Loqueesha brand physically. This becomes problematic for Joe because he is now at the mercy of fame-hungry Renee threatening to expose him unless she gets what she wants. Joe has no choice but to fall on his sword and let the chips fall where they may and take a chance on the masses forgiving him based on his radio airwaves deception.

Unimaginative and comedically choppy, Loqueesha is so offensive on many levels. Sophomorically conceived, cheaply edited and strained of any genuine laughs or subversive substance to its abysmal messaging, Saville’s monstrosity of a racial romp is unsettling in its stillborn badness. Tediously overwrought and pointless, Loqueesha will certainly cater to the interests of those that celebrate such simplistic sludge in the defamation of not just profiling the demeaning spirit of animated black women but adding tasteless spice to the blatant dumbness of independent shoestring comedies. Hammy acting, lazy-minded observations, generic humor, cheap production values, and synthetic cynicism about a white man’s malaise in a landscape of preferential multicultural consideration has predictably meshed together like a sloppy serving of undesired stew with an unctuous aftertaste.

Saville preaches the woeful slings and arrows of persecution as a disadvantaged white man needing to get a decent breakthrough in portraying a pushy black woman with instant lip service on the radio. Nevertheless, his racial ruse is forgiven by the general masses and he still manages to win over the listening audience he willfully deceived not to mention claiming the attractive Rachel’s heart who was previously disillusioned by his misleading practice. Huh? Plus, how can Joe be an undercover racist by mocking the cartoonish profile of Loqueesha? After all, the proof is in the pudding as he cozies up to his black partner-in-crime Mason while playing footsies with the aforementioned Rachel. And at least Joe has somewhat of a leftover conscience more so than a suddenly sinister and greedy Renee, right?

Utterly imbecilic and indigestible, Loqueesha is a rancid stain for all that participated in this flatulent farce to ever receive the green light to be made before the rolling cameras. Perhaps the smarmy Saville can get his giddy kicks out of parodying a convenient store cashier in a potential follow-up entitled Sheniqua?