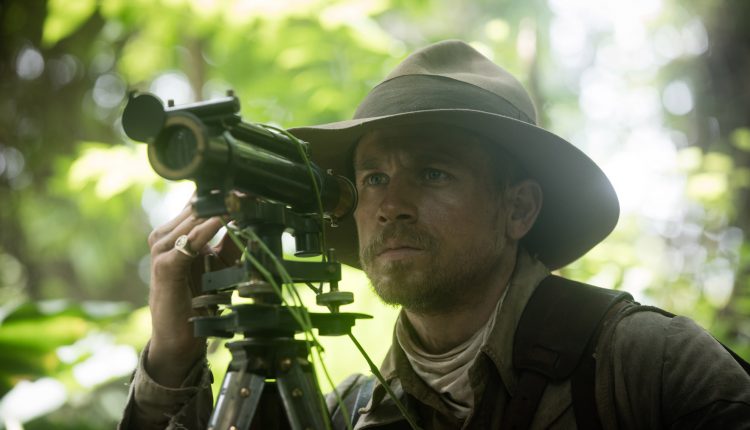 If David Lean had ever been compelled to adapt Conrad’s ‘Heart of Darkness’, the resulting film could have hypothetically looked a lot like James Gray’s The Lost City Of Z. It’s a grand old tale of epic exploration, told with a sweeping sense of visual magnificence that not only evokes memories of Lean’s enduring style, but also recalls some of Stanley Kubrick & John Huston’s most distinguished works.

Gray, who also wrote the script, has adapted his story from American author David Grann’s non-fiction novel of the same name, which follows the true-life adventures of noted British explorer Percy Fawcett – played here by Charlie Hunnam. Fawcett was originally a military man, but, having been hired by the Royal Geographical Society, travelled to South America at the turn of the 20th Century, tasked with venturing into areas of the Amazon that had yet to be explored in an attempt to resolve a land dispute between Brazil & Bolivia.

Returning years later, Fawcett claimed to have discovered evidence of an advanced civilization, but was ridiculed by the scientific community, who regarded the Amazon’s indigenous population to be savages. Unperturbed, and with the support of his wife (Sienna Miller) & children, Fawcett returned to the jungle on a number of occasions – regularly accompanied by his aide-de-camp, Corporal Henry Costin (Robert Pattinson) – and sought to find substantial evidence that would help prove his case. Then, in 1925, having gone deeper into the wilderness than ever before, Fawcett, and his son Jack (Tom Holland), mysteriously disappeared…

Working with a significantly broader canvas than he ever has before, Gray handles the larger scale with a deft touch. Though there are obvious nods to the hazy, humid manifestations of madness we recognise from the likes of Herzog’s Aguirre & Coppola’s Apocalypse Now, Gray views the jungle with a more pronounced, forbidding air: Darius Khondji’s cinematography is full of broad, panoramic shots of a land that’s so punishingly dense, it effortlessly consumes each frame.

As it was with his previous films, namely The Immigrant & We Own The Night, Gray’s downfall lies in his directorial approach, which remains cautious & resolutely level-headed throughout. Despite committed performances from all involved – Hunnam & Miller’s shared scenes, in particular, carry a profound weight – the detached, episodic structure & stubbornly slow pace does nothing but distance the audience, and at nearly 2-and-a-half hours in length, the mood throughout is more aligned with that of a sluggish, unending trek than a jaunty amble. Towards the end, Fawcett’s wife quotes Robert Browning, telling her husband that “a man’s reach should exceed his grasp”; words that were, presumably, also at the forefront of Gray’s own mind when making the film. On this occasion, however, it would appear that his grip was just not strong enough.