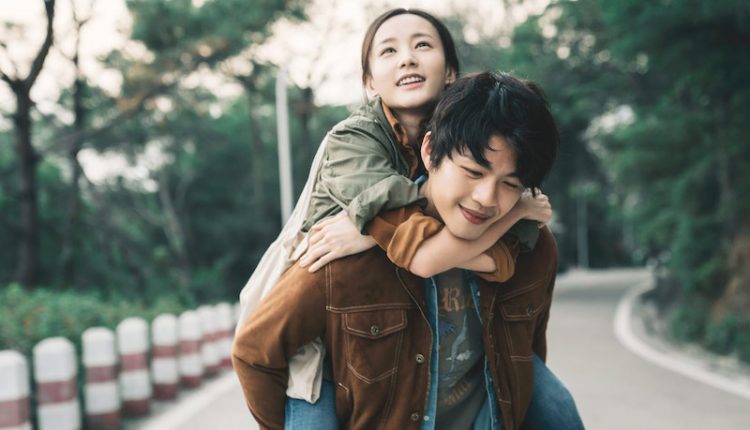 If there was ever a lesson cinema has taught us, it’s that the course of true love never runs smoothly. Recent rom-coms seem to offer a more light-hearted approach to love, the latest film by Chinese filmmaker Tingting Yao brings a tale of love, loss and sacrifice.

Starring Lee Hong-Chi and Li Yitong, Love You Forever begins with famous dancer Qiu Qian (Li) taking elderly theatre assistant Lin Ge (Lee) to the hospital after he suddenly collapses. When she goes to his home to find out more about him, she finds his diary, which recounts memories of their lives together – but she doesn’t remember him.

Combining the sentimentality of a romantic drama with sci-fi and occasional comedic undertones, Love You Forever introduces the protagonists as kindred spirits. After being separated in their childhood, they reunite in their teens and their friendship starts to deepen. When a tragic accident takes place, Lin Ge unexpectedly makes the ultimate sacrifice.

In terms of time, the film allows the protagonists to delve into key parts of a long-term relationship, which sees Qiu and Lin share a variety of emotions and notable life chapters together. But as the story goes on, Lin increasingly takes on the burden of his love as he essentially gives up everything so Qiu succeeds in her dreams.

However, Lin Ge’s unwavering commitment to Qiu Qian hints insecurity about his own existential significance. Despite each obstacle, he chooses to follow an idealist path with Qiu Qian – despite the heartache and personal loss – rather than focus on his own life until it is too late. As a result, it is hard to gauge whether Lin’s life choices are worth it, especially as Qiu Qian continues to live her life in somewhat blissful ignorance. So by the end of the film, it has become difficult to root for a couple whose path to romance has repeated itself multiple times during the 115min runtime.

In addition, Love You Forever‘s underlying themes such as time and family suffer under the core story as they are considered expendable in the narrative. Given the death of his mother at the start of the film, Lin’s complex relationship with his widower dad feels as wasted as his chances to reconcile him in the third act, leaving Qiu to appear his only ‘family’ and his actions to become more desperate.

Considering Lin’s character ages dramatically in the film, Lee Hong-Chi is able to convey melancholy and emotion even under layers of make-up. He also shares a sweet chemistry with Li Yitong, who is charming as Qiu Qian. Their engaging performances ultimately carry the film as Yao’s overly sentimental direction and collaborative screenplay make it overly sickly-sweet.

Overall, Love You Forever is classic Valentine’s Day schmaltz, but for the rest of the year, it just hurts your teeth.

Love You Forever is out now in selected UK cinemas.

Waiting For The Barbarians (2019) Film Review