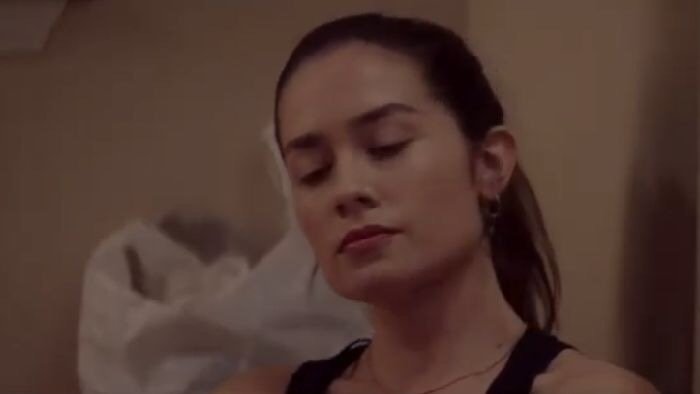 Writer/director/co-producer Nick Richey’s vastly affecting and perceptive coming-of-age youthful feminine fable Low Low is a poignant and stark observational glare at the meaty malaise of four Northwestern-based high school female friends aimlessly going through the motions of uncertainty, instability, and anxiety in the arenas of starved affection, an unclear immediate future and the path to impending stagnation. Richey paints a raw portrait of bleakness embedded in his quartet of female leads numbing their way through life on the coattails of partying, drinking, drugs, petty mischievousness, and the stronghold of pressured academia. Consequently, Low Low is the candid foundation for the brokenness of its young estrogen protagonists holding on to what is left of whatever slim hopes remain regarding what appears to be their aimless existences.

Resourcefully, Richey incorporates a genuine sense of desperation, destitution, and disenchantment in his vulnerable big screen characterizations clearly wounded by the confines of a pained entrance to womanhood wasteland where things appear experimental and risky–whether it be with the carefree attitude towards sex or other kinds of erratic behavior in an attempt to bury the deepened doldrums. Armed with notable direction, an impeccably solid script, convincing soulful performances and a cautionary commentary about the toxic rigors of undetermined female empowerment, Low Low is undeniably revealing in its cemented truth. Thoroughly engaging and contemplative, Richey’s soul-searching gem pertaining to the conflicted co-dependency of these four friends seemingly walking on the edge of nowhere feels authentic in its melodramatic momentum.

The film does a decent job at fleshing out the distinctive backstories among the girls both individually and collectively. The premise involved the band of friends Ryan Reese (Ali Richey), Willy (Alexis Raich), Lana (Kacie Rogers) and Cherry (Montana Roesch)–all based in Vancouver, Washington as they get ready to celebrate the upcoming summer as the school year concludes. Naturally, the big house party is the place for these beer-guzzling gals to let their hair down and unwind in raucous fashion. Booze, boys, and bullies (as in resident toughie Tanya played by Savannah Stehlin) are the party-hearty obstacles at large for the inebriated pals.

However, each girl is facing a post-high school crisis that looms ominously above their worried heads. Ryan, who lives in a run-down apartment with her blue-collar single mother Sylvia (Elaine Hendrix), is ambivalent about her chances at attending college as that dream hangs on a thin string. She needs to pass a summer exam to determine her fate in matriculating. Ryan has ambitions to become something better than her mother Sylvia whose expertise is attaching herself to no good drifters that come and go…the latest one being druggie deadbeat Jason (Sean Carrigan). Strangely, Ryan has always had a curiosity about not being kissed by anyone and her reference of romance stems from the gutter guys that her mother brings home on a whim. Depressed and damaged, Ryan seems defeated by her circumstances and constantly plays down her goals of ambition for fear of not getting hurt further.

Willy is the purple-haired free-spirit that is gently daffy and easily manipulated. She is quick to give up her body to receive acceptance from a guy–in this case, the rich kid Cory (Tyler Chase) whose mission is to “tap some booty” from the low self-esteem of Willy not knowing what a rogue he really is at heart. Lana is the sassy tough cookie of the group and seems to double as Willie’s protector. In fact, Lana has harbored some intimate feelings for Willie but an attempted pass at her buddy has made her think twice about pursuing these true feelings for the fickle Willie who is more comfortable being used and abused by a male misfit such as the incorrigible Cory.

Lastly, Cherry is the sole person out of the other friends that have the assurance of going to attend Evergreen College. It is a difficult decision to leave behind not only her close trio of friends but that of her boyfriend as well whose heart is not into continued education. Should Cherry sacrifice her academic dreams just to appease her stillborn boytoy absent of motivation and drive? Clearly, Cherry is the sensible one out of all the girls and she does what she can to hide the guilt of her progression. In one giddy scene, Cherry dares to partake in shoplifting beer from the liquor store upon the urging of Willy and Lana. In another inspirational scene, Cherry can be seen encouraging the dejected Ryan to imagine receiving her high school diploma at graduation in the darkened gymnasium.

Overall, Low Low is a well-acted, absorbing drama that registers with the right kind of resonance that should be relatable to the struggles of nurturing womanhood. Thankfully, the sentiments are not clunky or heavy-handed and provide enough pathos and promise to make this film project an absorbing experience to contemplate. True, there are a couple of sequences within the storyline that one will see coming a mile away (the Ryan/Sylvia mother-daughter showdown; Ryan’s affinity for her mother’s coke-sniffing badboy Jason, etc.). Still, Low Low delivers soundly and distributes the plausible angst without missing a legitimate beat.

Reflective and refreshingly compelling, the film carries a soothing vibe that flows effortlessly from the exquisite original score written and performed by Heavy Young Heather to the crisp cinematography that captures both the dreary and decorative regional essence of the cinematic surroundings. The four main performers are memorable, particularly the disenfranchised Ryan as portrayed astutely by Richey. The supporting cast is at the top of their game as well. Hendrix’s Sylvia is the selling point as the defeatist mother bogged down by her personalized letdowns and demons. Plus, Dominique Columbus is a revelation as Benny, the young man that sparks some sincerity and softened generosity in the detached Ryan.

One will sure catch a natural high when screening the understated grittiness of the triumphant yet telling Low Low.