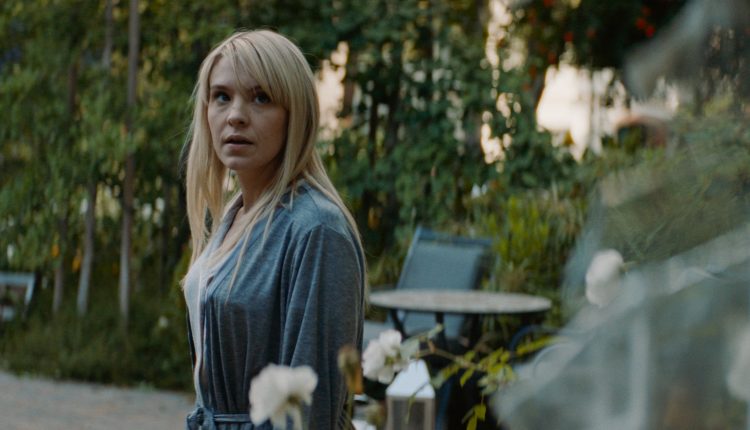 In a structure that has been revived for horror with Happy Death Day and its sequel, Lucky follows a woman who must fight against the same masked intruder who breaks into her house every single night.

It’s hard to review Lucky without giving away too many spoilers and, despite wanting you to read this review, I would also argue it’s a good idea to go into this film blind. There is a huge metaphor hanging over the top of it and ultimately, wants to remind you that men are bad. They are bad husbands that abandon their wives, disappearing when things get tough and leaving them to fight on their own. They are bad police officers; failing to capture an invader that returns every night to target the same house. They are generally bad people who attack women and suffer no consequences.

As a metaphor for the female experience, Lucky takes things to the extreme and imagines a world where women are, quite literally, constantly victimised. May has to battle every day against the same man, with very little help from those around her. When discussing the events to the females around her, they repeatedly call her “brave” and explain most of the trauma away as being “what comes with living in a world like this.” It’s a depressing outlook, but an understandable one. You don’t have to look very hard in the real world to find a story of a woman being attacked, murdered or raped. It also isn’t surprising to learn that there are very few convictions, especially for rape. Women aren’t always believed; they are gaslighted and doubted, forced to take their trauma on the chin and accept that they won’t be the last woman to suffer at the hands of a man.

Lucky shines a blistering light on a very real subject, but I’m not entirely sure it works in this film. The message is as subtle as a sledgehammer and, by the end, it feels as though the film could have been a lot shorter. The repeating nights are tiresome and, unlike Happy Death Day, there is very little difference between one night and the next. Sure, that’s probably to reinforce the predictability and repetition in May’s horror, but it doesn’t make for an entirely entertaining film for the audience.

Lucky is a semi-unique exploration of female struggle and I’m sure it’s underlying messages will ring true to many. It’s a valiant effort in bringing to the forefront a lot of what is wrong with today’s society, but aside from this valid commentary and a few nasty kills, it is rather tedious.