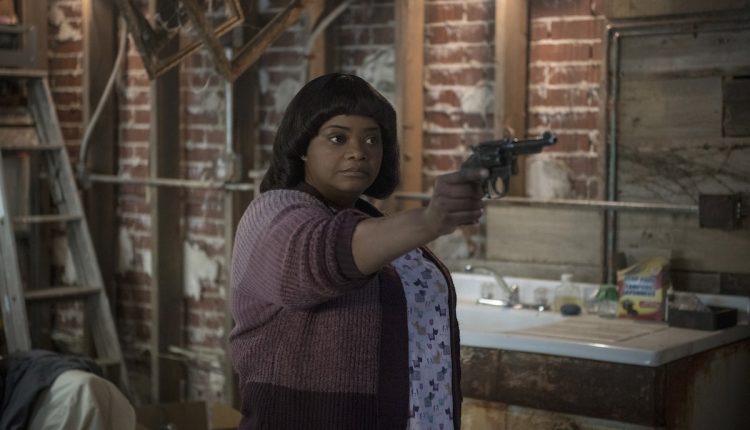 Tate Taylor, director of The Help and The Girl on the Train, puts on his horror hat for the thrilling and relentlessly entertaining Ma. Octavia Spencer plays Sue Ann, a twisted and lonely woman who befriends a group of teenagers in the hopes of re-living her younger years. In a scene that is no less than reassuringly ridiculous, Sue Ann invites them round to party in her basement. This early moment solidifies Ma as knowingly over-the-top and shamelessly, proudly ridiculous.

She tells them it’s safer for them to under-age drink down there, than it is out on the streets and at first that seems like the case – for the characters anyway -, but soon everyone realises that their friend Ma has more sinister intentions. As someone wise once said: if it sounds too good to be true, it probably is and these kids learn that the hard way. For them it becomes a living nightmare, but for a horror audience, it’s a dream.

At its bare bones Ma is a straight-up horror film and delivers some well-timed, jumpy scares, but if you peel away its layers of fright and madness, you’ll see there lies something a little more heart-breaking. I’d not like to spoil any important plot points, but I will say that in the film’s more touching moments we delve in to Sue Ann’s past and learn about why she is the way she is. She becomes a character culmination of both Carrie White and her mother, opting for an almost Michael Myers-esque terror spree as she tries to befriend Maggie (Diana Silvers), Haley (McKaley Miller) and co.

Ma wears its horror inspirations on its sleeve and never shies away from showcasing the ‘80s slasher and exploitation flicks it so heavily borrows tropes from. Ma is certainly not a pure slasher killer, but she is certainly inspired by the murderous work of iconic film killers. Extreme close-ups add to the film’s homage vibes, emphasising Ma’s intention to be knowing of its inspirations. Some of the film’s most entertaining and humorous moments are the times it doesn’t take itself seriously. You can feel Taylor’s watchful hand behind the camera as he nods and winks to his watching audience. Ma is a fun horror romp at its silly centre and should be enjoyed in such a way; never forgetting that horror doesn’t need to shake you to your core to be effective.

It is an absolute understatement to say that the Oscar-winning Octavia Spencer is a revelation in the title role. She is terrifying and terrific, clearly having the time of her life as she gives evil side-eye glances to anyone who gets in her way – and that’s not all she is capable of. Spencer embraces Sue-Ann’s devilish side, but gracefully transitions into the kind, whimsical aspect of her character who so easily fools those around her. Without Spencer, Ma would be half the film that it is and her insane, brilliant performance is worth every minute of the run-time.

Ma offers some moments of shock; a hit and run is a stand-out moment and another features a tin of white paint, but serious horror fans may find it all a little silly. If you’re willing to adjust your expectations and not expect to be terrified, you’ll possibly find plenty to enjoy on this tongue-in-cheek and ridiculous roller-coaster.