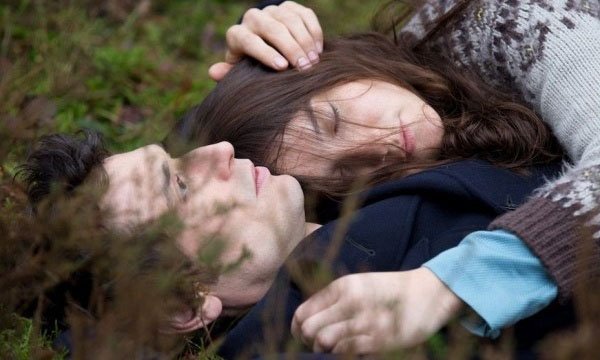 Incest has to provoke a reaction of some sort. Shock, disgust, desire, sadness; it really doesn’t matter. Just something. Marguerite & Julien fails abysmally unless boredom, and maybe a bit of quiet sniggering counts. Once upon a time a project for François Truffaut, Valérie Donzelli revives it to perhaps demonstrate why Truffaut passed. Running at a sprint while managing to remain glued to the starting line, it’s a dull, lifeless fantasy that can’t end quickly enough.

Marguerite (Anaïs Demoustier) and Julien’s (Jérémie Elkaïm) tragedy occurs in a weird mix of the past and present. Members of the de Ravalet family, they grew up together on a large country estate in France, a land of servants, castles, horses and a reigning monarch. Yet this pre-revolution existence mingles with cars and radios. For further confirmation that we’re operating out of time, the opening shot sees a stream of helicopters soar past in the distance.

Once we’re clear this is a fairytale land, and a pointless framing device involving a dormitory of children narrating their plight as a bedtime story has been established, Donzelli leaps into the incest. A quick montage shows the kids frolicking around together, dangerously inseparable. After a young Julien saves his sister from a wild horse in a moment of cringe worthy heroism, people start to talk and he’s shipped off around Europe. Returning an adult, the pair up their taboo busting behaviour several notches as they flirt, try to avoid a forced marriage and eventually run away together with the police hot on their trail.

It seems foolish of the authorities to try so hard to catch them. They’re such wet blankets it’s unfair to inflict them on anyone else. If Marguerite’s weak, self-hating husband Lefebvre (Raoul Fernandez) could understand that, everyone would be an awful lot happier. At least the pursuit in the final act sees Marguerite apparently dress up as a blue Nintendo Mario to avoid capture, complete with plumber’s hat and fake moustache. It’s one of the few moments to arouse interest.

The rest of the time it’s solemn speeches condemning the seriousness of their actions, and horribly earnest love letters that an infatuated teenager would be ashamed of. When they do finally couple up it’s mostly a relief they’ve stopped skirting around the issue.

With such a leaden story, Donzelli tries to pep things up in other ways. Adopting a style that seems to update 1970s TV period drama for the MTV age, she throws in dizzying cuts, bursts of contemporary music and weird dream sequences. The intention is respectable, the impact less so. Instead of adding a little dose of vitality, it only causes further confusion.

Marguerite & Julien feels like a project that got out of hand. Unsure of itself and lacking an interesting core, it soon descends into a yawn inducing free-for-all. Near the end, they agree their feelings are a curse. That’s not quite right. The only curse is on those misfortunate enough to witness their love.