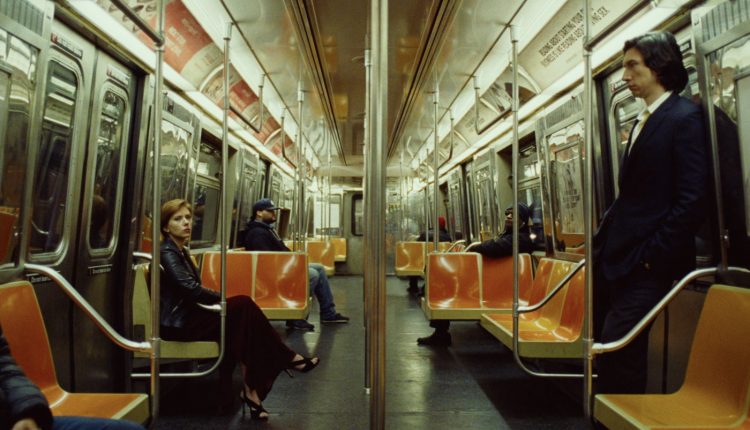 There is an old adage. Write what you know. Baumbach wrote and directed The Squid And The Whale, based in part on his parents divorce. Following his own divorce, Baumbach returns to that theme with Marriage Story. In doing so he has delivered his most emotional, heartfelt, accomplished and grown-up film to date.

Narrated over engaging montages introducing us to Charlie (Adam Driver) and Nicole (Scarlett Johansson), the film pulls a bait-and-switch as the two talk about what they love about each other. However it quickly becomes clear that this is no romantic comedy.

There is a line in Annie Hall where Alvy Singer remarks to Annie “A relationship, I think, is like a shark. It has to keep moving forward or it dies. And I think what we have on our hands is a dead shark”.

Just like that movie featured a couple breaking up over a move to L.A., Marriage Story finds its two central characters Charlie and Nicole with a dead shark on their hands. The problems begin however when they start swimming with live sharks in the form of divorce lawyers.

As Nicole’s lawyer Nora Fanshaw, Laura Dern doesn’t just take half but steals 100% of the scenes but this is ultimately Johansson and Driver’s film.

The two spark off each other brilliantly. The montage at the beginning is vital to show that there was a strong bond between the two which makes what unfolds all the more heartbreaking.

The breakdown of the civil nature of the separation takes the characters, and the audience, on an emotional rollercoaster. Just like any relationship, there will be arguments and tears but also laughter. Baumbach is adept at finding moments of joy, affection and levity in the midst of the anger and hate.

Johansson proves how great an actress she can be when freed from the shackles of blockbuster moviemaking. Here she delivers a performance to rival her work in Lost In Translation and Under The Skin.

Adam Driver is destined for an Oscar nomination (and potential win) for his work in this film. He possesses an innate likeability which makes it easy for audiences to root for him. However he never shies away from the characteristics that make it clear why Nicole became so frustrated with him. There are several moments where Driver is likely to bring audiences to tears.

No more so than in a sequence where he bears his soul through a performance of Being Alive from the musical Company. Here it becomes evident Charlie can only truly express himself and his feelings through art and the words of another.

Noah Baumbach has done a similar thing by putting his experiences and emotions on show through the medium of film. It can make for a cathartic experience to bare your soul in such a way. One that is likely to speak to many people on some level.

Married people may watch the film and see themselves in it and want to work on their marriage. To prevent them having to go through something as painful as they witness here. Others who are not married may find themselves put off the whole thing to avoid that pain in the long run!

Ultimately, a marriage will only survive if the people are in love and willing to put in the effort to make it work. The cast and crew certainly put in the work and have a love for the movie that it shines through. The end result is Marriage Story being the best film of the year. One that anyone would fight with all their heart (and Laura Dern) to get custody of.

Marriage Story is on limited release in UK cinemas Friday 15th November and is available on Netflix from Friday 8th December.