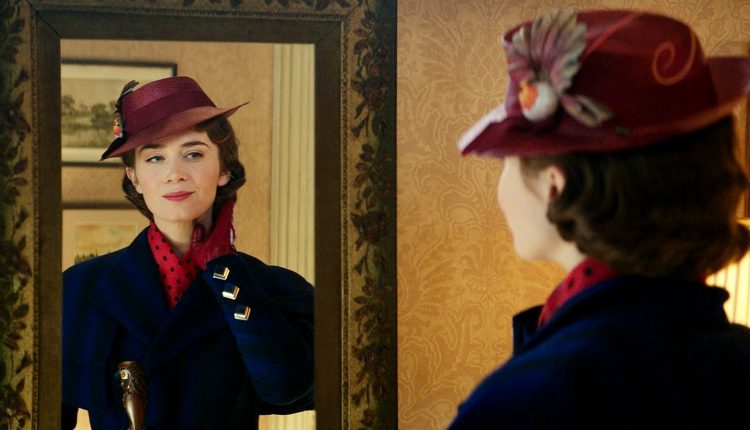 Even though Emily Blunt has had only three film credits to her name this year, she is already getting award buzz for two particular performances. One is her performance as Evelyn in A Quiet Place, and another is her portrayal of P.L. Travers’ popular nanny Mary Poppins. Starring in the eponymous role 54 years after Julie Andrews, Blunt shines in the much-anticipated sequel directed by Chicago director Rob Marshall.

Mary Poppins Returns is set in the 1930s, which sees young Michael (Ben Whishaw) and Jane (Emily Mortimer) Banks all grown-up. When recent widower Michael and his three young children face eviction from the Banks family home, Mary Poppins unexpectedly comes back to take care of the household.

Marshall takes care to incorporate elements of the original, while David Magee’s witty screenplay delivers a more cohesive narrative to provide a feeling of urgency and excitement. Along  Hairspray’s Marc Shaiman and Scott Whitman soundtrack, it effortlessly exudes a multitude of emotions such as joy and poignancy.

The characters in Mary Poppins Returns are also more complex than the original. The children provide a surprising stability to the emotionally fraught Michael, and even Mary Poppins herself is not as indifferent as Julie Andrews’ portrayal. Blunt is practically perfect as the eponymous nanny – her mannerisms, delivery and subtlety in her performance are immaculate and affirms her as a status as a Hollywood leading lady. Whishaw is quite muted as Michael, and Hamilton star Lin-Manuel Miranda is charming as streetlamp-lighter Jack, despite the same strange accent as Dick van Dyke.

Disney’s transition to live-action adaptations and computer animated features means there is now a generation who may not be familiar with hand-drawn 2D animation and, more specifically, the Disney classics that older audiences grew up with. The 1964 Mary Poppins combined 2D animation and live-action filmmaking to create a classic, and now, Mary Poppins Returns revives this winning formula to startling effect.

Plenty of surprises and singalong songs make Mary Poppins Returns a heartwarming film that is sure to please audiences old and new, and Blunt delivers her most enchanting performance to date.

Mary Poppins Returns is out in UK cinemas on Friday 21 December.