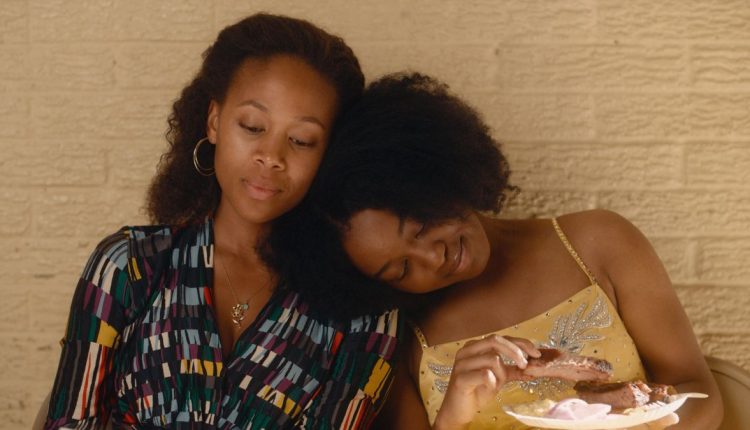 Starring Nicole Behaire, Kendrick Sampson and newcome Alexis Chikaeze, Miss Juneteenth is the feature film directorial debut of Channing Godfrey Peoples. Behaire portrays Turquoise, a former Miss Juneteenth who is preparing her daughter Kai (Chikaeze) for the event, which celebrates Emancipation Day in the US. But Kai’s unwillingness to embrace the pageant is the least of Turquoise’s problems.

Films such as Drop Dead Gorgeous and Whip It present pageants as a ticket out of a dead-end town, and it is no different in Miss Juneteenth. With a prestigious scholarship at stake, it is no wonder that Turquoise is desperate for Kai to win. However, Turquoise is a former winner herself and unlike other winners who have gone onto greater things, she is now a single mother who works at a bar and struggles to pay the bills.

As the pageant, the narrative takes a nostalgic tone as Turquoise is tragically reliving her glory days through Kai. From reciting the same Maya Angelou poem as her talent to wearing the same pageant dress, her growing determination in Kai succeeding leads to irrationality (prioritising dresses over electricity) and tension with her estranged husband Ronnie (Sampson). This not only highlights the pageant’s significance but the melancholy of Turquoise’s lost dreams.

Kai also feels the pressure of the pageant. Despite her obvious reluctance, she undergoes the awkward eloquence training to avoid disappointing her mother. Seeing her working all hours and spending hundreds of dollars on a contest she may not win offers a relatable perspective for the younger generation, as the balance between individuality and respecting family comes into play.

Behaire is stunning as Turquoise, who displays strength and a no-nonsense attitude. Even when she is solemnly smoking on a porch while wearing her crown, she offers a groundedness that settles her character’s lofty ambitions. She also shares a great chemistry with Chikaeze, who displays a calmness and confidence in her debut film role.

Behind the camera, Peoples celebrates African-American communities through her inviting and sunlit direction while the strong screenplay doesn’t delve into oversentimentality. She scatters a sense of optimism in challenging times so by the time the credits roll, there is a subtle sense of hope that lifts Miss Juneteenth past your normal mother-daughter drama.

A delicate, well-grounded portrayal that highlights the determination among African-American women, Miss Juneteenth is a solid debut for Peoples that gives Behaire the commanding lead role she deserves.

Miss Juneteenth is out in UK cinemas on Friday 25 September.