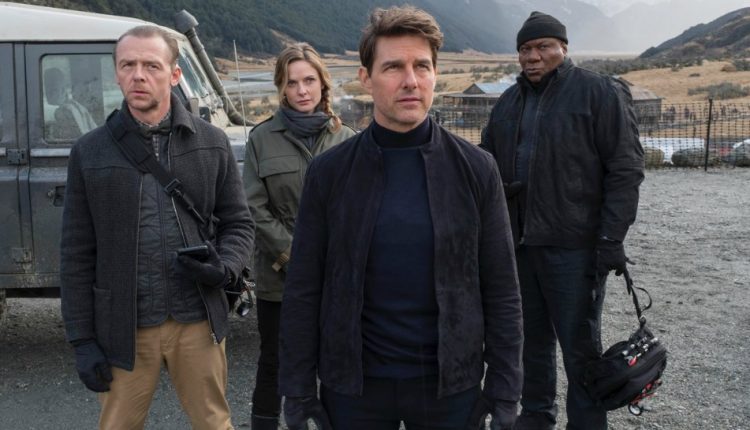 It is strange to think that this film franchise, a reboot of a 1960s TV series starring Martin Landau and Barbara Bach, is 22 years old this year. However, after five films and a global gross of more than $2.6bn, Tom Cruise is back as Ethan Hunt in the latest instalment of the Mission: Impossible franchise with  Mission: Impossible – Rogue Nation‘s Christopher McQuarrie back in the director’s chair.

What McQuarrie does in this sixth instalment is to integrate a comfort zone – with Pegg, Ferguson and Rhames back as Hunt’s associates, there is a familiarity and camaraderie that highlight the fact that his professional attachments are now stemming into the personal. In a way, it reminds audiences that IMF is more than a job to Hunt – it is his family. Given the traumatic events in the first film all those years ago, we finally see the emotional effects the job has on Hunt and the importance of what he has turned his back on – a normal life.

At 56 years old, Cruise shows he has the strength to take on such a physical role. Taking on more death-defying stunts that easily surpass the previous MI films, including one that caused a notable foot injury, he reminds audiences why he is one of Hollywood’s leading men. Although the new boy in the franchise, Cavill is great as CIA agent Walker, whose physicality and detached demeanour makes a perfect foil for Hunt. Pegg and Rhames provide the occasional comic relief, while Ferguson and Kirby deliver cool and collected performances.

Even though this is his fourth feature film, Fallout shows McQuarrie’s confidence as a filmmaker. Despite the occasional uneven pacing, he incorporates plenty of twists and turns that allow the recent Syndicate narrative to come full circle. In addition, Rob Hardy’s stunning cinematography makes each scene incredibly sharp. Combined with exciting sequences such as adrenaline-fuelled motorcycle chases to one of the best bathroom fights in recent cinema, Fallout is easily one of the most thrilling action films this year.

Easily exceeding its predecessors in terms of action, story, visuals and direction, Mission: Impossible – Fallout shows that there is still life in the franchise and with McQuarrie at the helm, the future looks bright.

Mission: Impossible – Fallout is out in UK cinemas on 25 July.