That was the tagline that I remember accompanying The Monster Squad, and, in my opinion, it was the tagline that held it back from becoming the success it should have been when it was initially released. Because most horror fans, at the very least, now know that The Monster Squad is simply brilliant. In some alternate universe, Fred Dekker is rightly hailed as the huge talent that he could have been. Here in our universe, he was given a greasy rope in the shape of Robocop 3, and that was that.

But back to The Monster Squad.

The plot is delightfully simple. Van Helsing (Jack Gwillim) failed to stop the evil of Dracula (Duncan Regehr) many years ago, and now the big, bad vampire is gathering some other heavy-hitters in preparation for making the world a darker place. There may still be a chance to stop him, but it’s a slim one. A bunch of kids who make up the titular Monster Squad are the only ones to realise the enormity of the danger that everyone is in. Thankfully, they’re a resourceful bunch.

Written by Dekker and Shane Black, The Monster Squad is a perfect example of how to do this kind of thing right. Much like Night Of The Creeps, Dekker shows himself very capable of referencing and paying major tribute to the movies that he obviously loves while also letting things play out in a way that will appeal to modern cinema audiences. 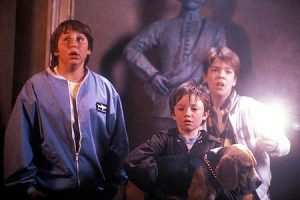 The young cast – including Andre Gower, Robby Kiger, Brent Chalem and Ryan Lambert (as the oldest, and coolest, member, Rudy) – all do a great job, and the adults – Stephen Macht, Mary Ellen Trainor, Leonardo Cimino, Stan Shaw – also do a very good job, but this is a film called The Monster Squad so the monsters need to be worthy of the squad that will end up fighting them. Thankfully, they are. Regehr’s Dracula is a great mix of elegance and savagery, Tom Noonan is a modern Frankenstein’s Monster that’s about as perfect as you could hope for, and Jon Gries excels as a desperate man trying to convince the police to lock him up before he turns into a werewolf. 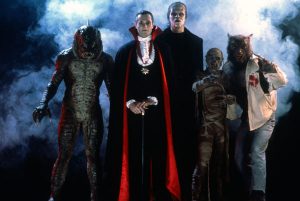 It’s smart, but could be smarter. It’s funny, but could be funnier. It has some tension, but could have more. The Monster Squad isn’t a perfectly crafted horror comedy, but it comes damn close. And, more importantly, almost every scene is suffused with a real love for the genre that birthed it. And let’s not forget the fact that it taught everyone of my generation a very important lesson. All together now: “Wolfman’s got nards!”