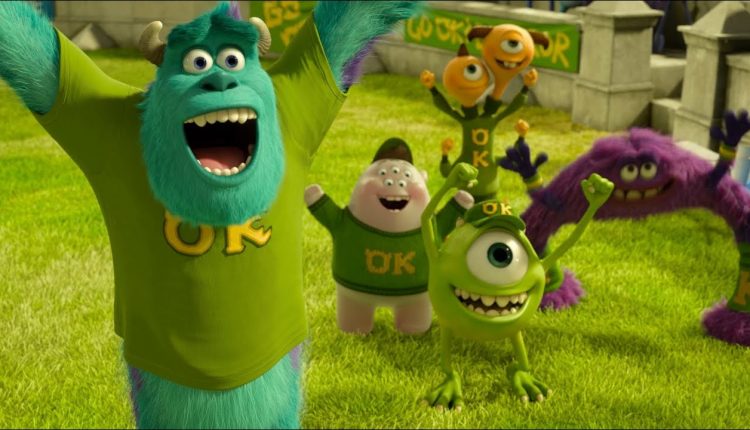 Pixar appears to be having a blip at the moment.  With their last ‘original’ film, Brave (2012), not receiving the same level of praise as Up (2009) and WALL-E (2008), the studio’s feature for this year provides a slightly different change of direction.

Monsters University is the prequel to Monsters, Inc. (2001), and set ten years before the original film with a young Mike Wazowski (Billy Crystal) enrolling at the eponymous Monsters University in the hopes of becoming a key part of the top scarer team we know he will be.  However, he quickly finds himself out of place, locking heads with practically everyone – including fellow student James P. Sullivan (John Goodman) and his quest to graduate quickly becomes one to prove he simply deserves to be there.

In addition to this being the directorial debut of Cars story artist Dan Scanlon, Monsters University is the first prequel to a Pixar film so it is already breaking rules before the film begins.  Sadly, this seems to be the only thing that different with this film.  Pixar is credited for always bringing something new and original to the animated world, but for some reason, seeing the forging of an established friendship highlights a lack of surprise in the story.  Furthermore, the character clashes adopted in the film (losers versus jocks; smartass versus slacker) are clichéd, given the film’s setting.  The excellent storytelling and pathos Pixar is so celebrated for is missing – and the film suffers as a result.

But this is Pixar, so you can naturally expect killer animation.  With its bright colours, fast action sequences and imaginative monsters, it is cinematic eye candy.  The return of Mike and Sulley (not to mention Crystal and Goodman’s vocal talents) and quickfire banter are welcome, as well as the addition of Helen Mirren as the sharp-tongued Dean Hardscrabble. Unfortunately, their efforts in bring the fun back into Pixar is weakened by their unoriginal story.

Along with their technically brilliant yet sweet and simple short, The Blue Umbrella, the stunning animation and fun factor makes Monsters University their most enjoyable film since Toy Story 3, but they don’t stop the film from being cinematic déjà vu. The children who will watch this film may not know any better but their parents, those who so-often look forward to the film for the expected well-observed humour, great storytelling and a subtext they can appreciate, may feel a little letdown.