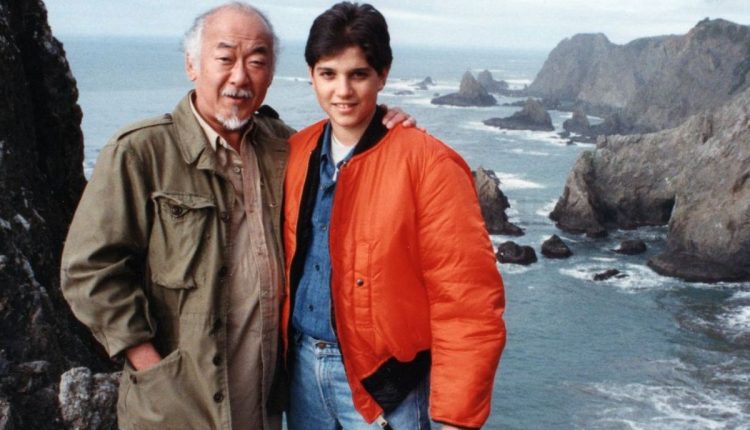 The name Mr Miyagi is no doubt more famous to most folks than the name Pat Morita. This documentary arrived with an accompanying sense of ‘risk vs reward’ in addressing the iconic actor, best known for The Karate Kid. On the one hand, it humanises its subject but on the other hand it has the potential to forever shatter the image of Morita, especially as he had his demons. More Than Miyagi: The Pat Morita Story takes on this challenge and gets it right. Mostly.

The timing couldn’t be better. The success of Cobra Kai has brought The Karate Kid to a whole new generation, and the series goes out of its way to honour Mr Miyagi and Mr Morita. Similarly, More Than Miyagi takes its time to let Ralph Macchio, William Zabka, The Fonz et al to reaffirm his reputation as the kindest, the sweetest and generally the ‘est’ of people.

The Oscar-nominated actor’s life was far from charmed though, spending the ages from 2 until 11 unable to walk due to spinal tuberculosis before finally recovering against all odds. Once recuperated, he was reunited with his parents in an internment camp, only to be released to face a lifetime of anti-Japanese prejudice.

As so much of Miyagi-Do karate is about balance, it’s fitting that director Kevin Derek establishes an equilibrium with the amount of time devoted to Morita’s pre and post Karate Kid career. From talk shows to Happy Days to his detective series Ohara, Derek gives Morita’s work the respect it deserves whilst still going deep on the seminal Daniel-san saga.

With balance in mind, the trailer suggested a Channel 5-esque, somewhat insensitive take on Morita’s final years and his tragic acceptance of and submission to alcoholism. But in truth, More than Miyagi spends enough time celebrating the positive before negotiating the negative.

Morita’s alcoholism is treated as a reveal, where we find out that he had started drinking as a child in the internment camps. By his own admission, he was drunk all day, every day and had been for so long that barely anyone could tell. Knowing this, addressing his alcoholism after dealing with his fame disassociates the viewer and the actor from his addiction, allowing his achievements to shine on their own, even though alcohol was clearly an integral part of them. It seems eager to paint a “falling from grace” narrative that doesn’t quite ring true.

Regardless, the documentary leaves us on a tender note and reminds us that even from afar, we were lucky to know Pat Morita. The risk paid off. Banzai!