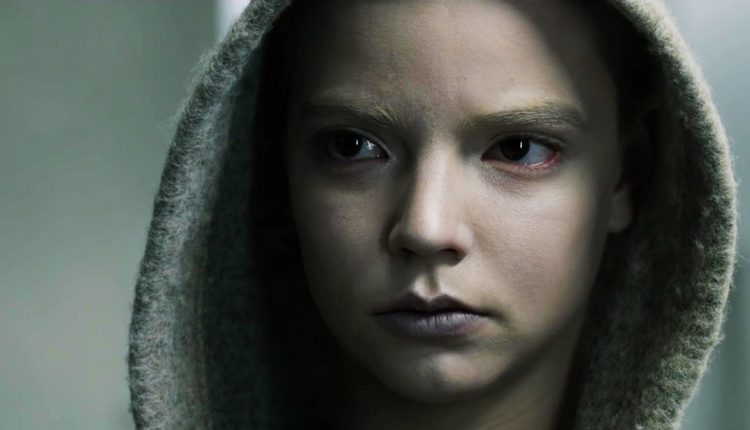 The dangers of creating artificial lifeforms have proven to be a fertile source of inspiration for sci-fi cinema time and time again. It’s unsurprising, then, that Luke Scott – son of Ridley – should draw upon that particular pool of ideas for his directorial debut. But while Morgan has some fresh takes on the subject, it fails to fully explore its Blade Runner-esque premise, opting instead for a perfunctory sci-fi thriller that’s more brawn than brains.

Morgan (a pale, steely eyed Anya Taylor-Joy) is a bioengineered child who is rapidly developing powers beyond the abilities of us mere mortals. But when her tight-knit team of creators put a stop to her frequent excursions into the woodland surrounding her bombed-out Wayne Manor-style home, Morgan exacts bloody revenge by lashing out at one of her handlers. That “incident” leads the experiment’s corporate overlords to dispatch Kate Mara’s uncompromising troubleshooter to asses the risk of keeping a synthetic human alive. However, she quickly learn that the remote, top-secret facility hides far more dangers and secrets than just a little girl locked in a glass box.

With its intriguing ‘who is the real monster?’ premise – not to mention the sleek, colourless design – Morgan bares a striking similarity to last year’s Ex Machina, which also featured an artificial humanoid trapped in an underground bunker. But unlike Alex Garland’s creepy dissection of human emotions, this movie can’t decide on what it’s trying to say. The story shifts repeatedly between Mara’s clinical investigator, the crumbling family unit of the scientists leading the experiment, and Morgan’s own discovery of her deadly potential, before eventually deciding to discard them all anyway.

The standout moment comes when Paul Giamatti’s smug psychiatrist attempts to interrogate Morgan. It’s an uncomfortably edgy encounter, tightly written to escalate the tension while unpicking a little girl’s emotional responses, and it points towards the searing two-hander the movie should have been. Instead, the scene becomes an outlier as Scott settles for rote action sequences and twists so clunky you certainly won’t need an enhanced mind to see them coming a mile away.

On the positive side: it’s breathtakingly shot – the juxtaposition of interior violence with the tranquil nature beyond the bunker’s concrete walls is particularly effective – and the cast put in fine performances considering the under-developed roles they are lumped with. But the movie always feels like its conflicted between being an existential thriller and a schlocky, super-charged Frankenstein. As a result it lacks the thematic nous and inventive thrust to succeed as either movie. Like the misguided experiment at the heart of this tale, Morgan starts out with grand ideas but ultimately ends up becoming a bloody disaster.