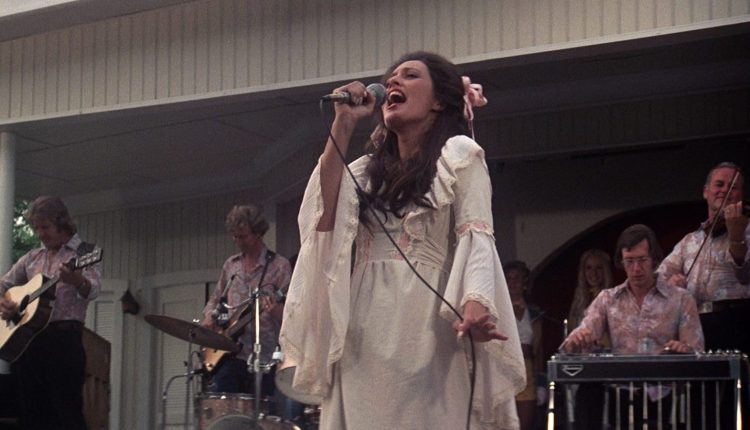 At first, the many lives given to Robert Altman’s Nashville suggest no arrangement or design; much like the reverse of a tapestry, the various storylines appear to knot and tangle, intersecting at various points, with the radiant pattern hidden from view. But the longer you stay, the clearer his portrait of American life becomes, and the experiences of twenty-four characters – professional musicians, wannabe stars, managers, reporters and those on the fringes, to name a few – begin to demonstrate a carefully structured, complex narrative. In Nashville, the passions, delights, sorrows and longings of humanity are found and miraculously distilled.

Nashville takes places over five sunny days (from Friday to Tuesday) in the capital of Tennessee – all of which Altman condenses into 160 minutes. Here, a multitude of people come together in preparation for candidate Hal Philip Walker’s (Thomas Hal Phillips) political gala. At the Berry Field airport, we encounter the respectable Mr. Green (Keenan Wyne), who has taken his niece, Martha (Shelley Duvall), to visit his sickly wife in hospital; but she, restless and more interested in the music scene, sticks to Tom Frank (Keith Carradine) – a singer in the folk trio “Bill, Mary and Tom” – and later Kenny Frasier (David Hayward), whose undefined presence in the ensemble is only revealed in the final scenes.

Elsewhere, we also meet Barbara Jean (Karen Black), a fragile singer struggling with chronic illness and her abusive partner, Barnett (Allen Garfield). Together, they moves between various performances and parties, encountering a wealth of personalities and famous idols (a cocktail of real-life people and imagined showbusiness stars). Country-and-western music, overlapping dialogue and sound flood and feed every scene– and, certainly during my viewing, the laughter and shrieks of the audience. Like dropped marbles flying in every direction, the film busily moves to and fro gathering these people together, presenting them in new and unexpected constellations.

Altman rightfully found both critical and commercial success in Nashville, and the immense, elephantine scale of his political satire has proved a cornerstone in modern American filmmaking. Although he would later revisit the ensemble template in the sprawling cast of A Wedding (1975) and Short Cuts (1993), it was the population of Nashville that evoked a collective American consciousness most vibrantly – one still shaken by the Vietnam War and John F. Kennedy’s assassination, but also one with its head buried in the sand.

Glorious, provocative and turbulent, you must seek Nashville out.

The BFI-restoration of Nashville is currently showing in select cinemas in the UK.