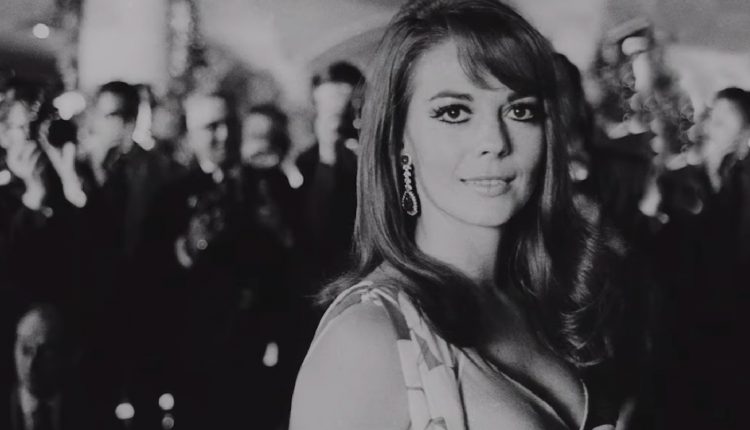 Stories of the lives of the famous delivered by their offspring are always to be approached with caution being often either too adoring or excessively harsh. The overt bitterness of Mommie Dearest by Joan Crawford’s daughter, Christina creates as much scepticism as the saccharine, Frank Sinatra, My Father by his eldest child, Nancy.

You may therefore approach the new HBO documentary, Natalie Wood: What Remains Behind with apprehension as it tells of the life and death of the Hollywood superstar from the viewpoint of her daughter, Natasha Gregson Wagner. The film includes home movies, family photographs and interviews with many of Wood’s intimates including Robert Wagner who she married twice, Robert Redford and Mia Farrow. This isn’t too far into its running time however before it’s apparent that it’s more of a love letter than a hatchet job.

Natalie was very much a product of Hollywood. With echoes of her later role in Gypsy, she was pushed into acting as a child by her strong willed show business mother, Maria, making her film debut at the age of four in Happy Land, going on to appear in the Christmas classic, Miracle On 34th Street. The often difficult transition from child to adult star was achieved effectively with the seminal Rebel Without A Cause in which she was teamed with James Dean. Later successes included The Searchers, West Side Story and Splendour In The Grass.

In between her two trips down the aisle with Robert, Wood wed the British producer and screenwriter, Richard Gregson, father of Natasha, who also appears. Her other daughter, Courtney, fathered by Wagner was born during her second marriage to him. Wood died tragically in 1981 at the age of 43, drowning whilst on a weekend boat trip with Wagner and the actor, Christopher Walken. Her death resulted in much speculation and police attention.

Director, Laurent Bouzereau allows Gregson Wagner’s commendable affection for her mother to cloud a documentary which skirts around the difficult personal life of its subject. That Maria was a challenging figure is emphasised although the dynamics of her relationship with Natalie are not explored. An affair at the age of 16 with the director of Rebel Without A Cause, Nicholas Ray, is only briefly referred to. A suicide attempt is inadequately explained as a cry for help. The cause of Wood’s need for analysis which continued for years is not itself analysed. Failed romances with luminaries such as Warren Beatty and Frank Sinatra are given cursory mentions.

The film does not though avoid the circumstances surrounding Wood’s death with Robert Wagner giving his account of the evening of her demise direct to the sympathetic Natasha. Lana Wood, Natalie’s sister, who has been openly distrustful of Wagner’s version of events does not participate. Her concerns, like most negative aspects of the star’s life, are brushed aside.

This succeeds as a daughter’s paean to her mother but fails as a revealing study of a movie icon and seemingly troubled soul.

Natalie Wood: What Remains Behind can be viewed on Sky Documentaries until 10 August and is also available for download from selected sources.