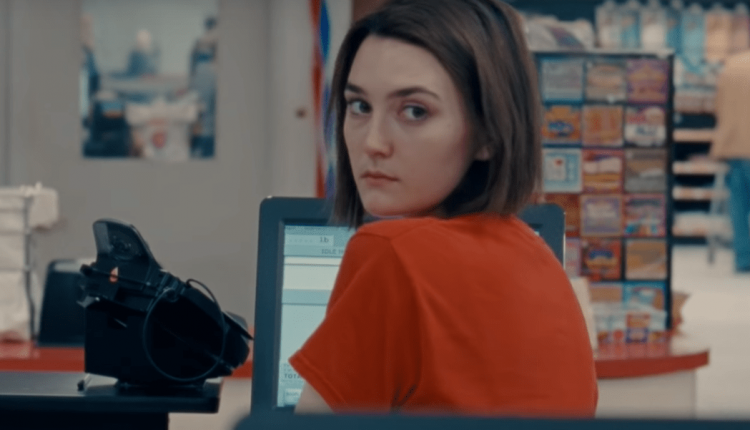 Interestingly, Never Rarely Sometimes Always is not what one would deem flashy or exploratory. Nevertheless, Hittman delivers a methodical account of teenage angst and isolation that is set in stone. Solidly acted and restrained in its thought-provoking resonance, Hittman’s quiet commentary on young female empowerment is tranquil and engaging in its message of disenchantment. Poignant and penetrating in its spirit, Never Rarely Sometimes Always is one of the best revealing films released in the early 2020 movie season.

Hittman’s powerfully intimate exposition tells the account of Pennsylvania-based teen grocery clerk Autumn (marvelously portrayed by Sidney Flanigan) whose decision to travel to New York to abort her pregnancy is highlighted by a road trip of anxiety and self-discovery. Thankfully, Autumn is accompanied on her trek to New York with her cousin Skylar (Talia Ryder). Beyond the given premise of these traveling young women heading to an unknown destination where an important life-changing decision has to be made it pretty much is clear that Never Rarely Sometimes Always is a delicate character study of female bonding that is every bit as thoughtful and gently compelling as conceived.

The intriguing factor rings no bells or blows any whistles in terms of its centered passion for these girls looking to get an abortion without parental consent. The main plot for these lost kids–Autumn in particular–is the directness of the tension that needs no flourishing explanation. Plain and simple…Autumn is in a situational crisis that needs an immediate solution. The fact that the cousins are escaping their dreary supermarket existences in the Keystone State for a dour on-the-road adventure predicated on support, moments of intimacy, and inherent fear speaks volumes for Hittman’s unplanned parenting drama that never fails to shine its observant scope of vulnerability and consciousness.

Hittman’s grasping indie drama Never Rarely Sometimes Always may seem stiffened and procedural but it is anything but that description because the insightful filmmaker allows the gradual follow-the-steps ambivalence of underlying triggered feelings to unfold within the saddened eyes of the film’s beleaguered heroine.. Newcomer Sidney Flanigan is absolutely absorbing as the doe-eyed Autumn trapped so confusingly in her state of complexity. In many ways she is an unprepared child about to have a child but there seems to be no looking back on her limited options to go ahead and see though what she feels she needs to do. Indeed, Autumn has to liberate from the dire predicament that persists. She is constantly put through the mill as frequenting various clinics, having no money for financial flexibility, and simply being at the mercy of her exhausting conflict of pregnancy sickness has understandably taken its toll.

Vastly enriching in soulful moodiness, Never Rarely Sometimes Always is unassumingly intoxicating in its relatable seriousness. Skillfully, Hittman has delivered what amounts to be yet another contributed enterprising female bonding fable genre that is so relevant in today’s hostile climate where experimental womanhood is making its notable mark on the big screen. Both gifted youthful performers Flanigan and Ryder give surging grace and grounded contemplation to a somber story that is quite telling in its low-key sordid elegance.