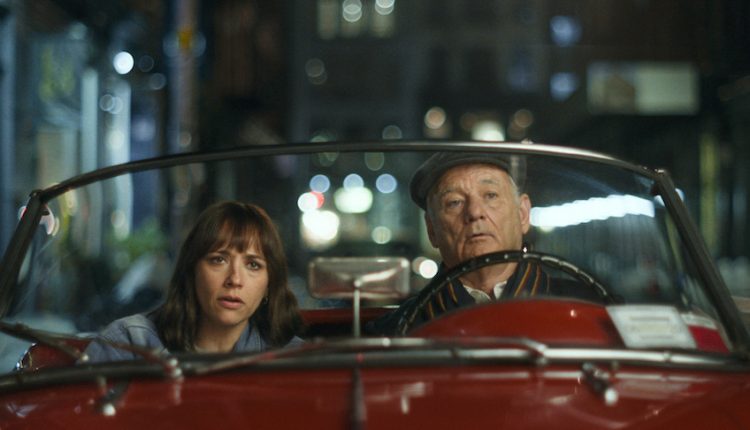 Sofia Coppola‘s latest film On the Rocks marks the first film produced under Apple’s partnership with studio A24. Starring Rashida Jones and Bill Murray, the film follows Laura (Jones), a mother who has doubts about her suspicious husband Dean (Marlon Wayans). As he devotes more time ‘working’, Laura and her father Felix (Murray) reconnect on an adventure through New York to find out the truth.

When we first meet Laura, she is at a crossroads. Nearly 40, she is suffering from writer’s block while trying to balance being a mother and wife. Meanwhile, Dean is busy developing his company, which means he’s mostly at the office with young attractive assistant Fiona (Jessica Henwick). This and his lack of involvement at home feeds Laura’s insecurities and exacerbates her procrastination.

Felix, unfortunately, doesn’t help matters. As a playboy, his little snippets on women reinforce his flirtatious nature. This not only embarrasses Laura but painfully reminds her of his own infidelity. Despite their cordial relationship, Laura’s dilemma makes Felix determined to discover Dean’s disloyalty, leading to increasingly intrusive behaviour. But as the film progresses, we see that he isn’t acting on his duty as a father but the ‘thrill’ of the adventure. This ultimately causes Laura to acknowledge his own shallowness and the emptiness of their relationship.

On paper, On the Rocks feels like a typical comedy-drama, so having Coppola as a director feels out of place. While films such as The Virgin Suicides and The Beguiled bring style and creativity, On the Rocks is disappointingly mundane.

Although the film is in New York, Coppola stays away from the skyline and landmarks to reinforce the normality of the premise. Her beautiful direction also accompanies her natural screenplay that somewhat calms its offbeat comedy tone. With the majority of the elements being relatively simple, it is left to the cast to ‘sell’ the film.

On their first collaboration since 2003’s Lost in Translation, it is a joy to see Murray back on a Coppola film. Through his wry smile and wide eyes, he brings his trademark deadpan humour that makes Felix almost charming. He also shares a wonderful chemistry with Jones, whose portrayal of Laura paints a relatable picture of a woman in limbo.

Compared with Coppola’s previous work, On the Rocks feels diluted in terms of impact and imagery. However, the pleasant chemistry between Jones and Murray lifts it to become mildly entertaining.

On the Rocks is available to stream on Apple TV+ from Friday 23 October.