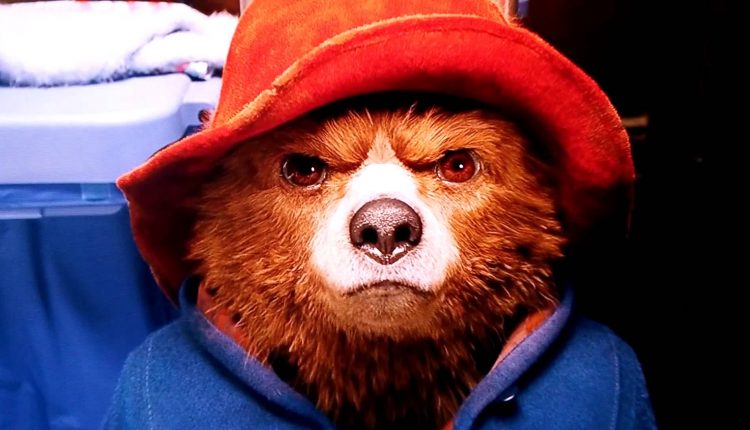 The beauty of a children’s book character is its mass appeal.  Fans young and old can quickly captivate the imagination of the reader or, in the case of author Michael Bond’s famous creation, capture the hearts of millions.  Now, after disturbing parodies featuring cinema’s horror scenes and a controversial BBFC rating, Paddington Bear is finally hitting the big screen.

Paddington sees a young bear (voiced by Ben Whishaw), well-versed in etiquette with a deep love for marmalade, travel from darkest Peru to London in search for a new home.  Upon his arrival, he is reluctantly taken in by the dysfunctional Brown family (featuring Hugh Bonneville, Julie Walters and Sally Hawkins), who name him ‘Paddington’.  However, ambitious taxidermist Millicent (Nicole Kidman) quickly hears about Paddington and is determined to find him by all means necessary.

One of Paddington‘s strongest attributes is its humour.  From the slapstick moments involving characters in drag to Paddington taking Tube signs a little too seriously, the film brings a sense of joy that is consistent throughout.   Contrary to the BBFC rating may insinuate, there is nothing for kids to blush about, making it a really enjoyable affair for all ages.

Even though they play stereotypical characters such as the grumpy neighbour, the ice-queen villainess and the begrudgingly sensitive father, the cast is also wonderful.  It is evident that all actors, including distinguished veterans such as Hugh Bonneville, Julie Walters, Peter Capaldi and Nicole Kidman, had a ball appearing in the film and they noticeably do not take the limelight from the hero, voiced by the whimsical Ben Whishaw.  Firth may have been originally attached to the role but on hearing Paddington politely greets rush-hour commuters in his charming naivety, Whishaw’s younger voice perfectly suits the character.

Bunny and the Bull writer and director Paul King works wonders with the original material, keeping in the wonder that is London while modernising Paddington for younger generations.  The rendering on Paddington and his family is quite amazing, similar to Sully in Pixar’s Monsters, Inc., and certain set pieces and action sequences, one involving a London bus (obviously) and an umbrella, are done with care and imagination.  With visual gags such as stalking pigeons and cameos from King’s old school friends Alice Lowe and Simon Farnaby, it is a all-out English affair and one that laughs in the face of dubious critics.

Overall, Paddington is wonderful.  Sweet, charming and visually lovely, it is one of 2014’s biggest surprises and one of the best family films of the year.

Paddington is out in UK cinemas on Friday 28th November.