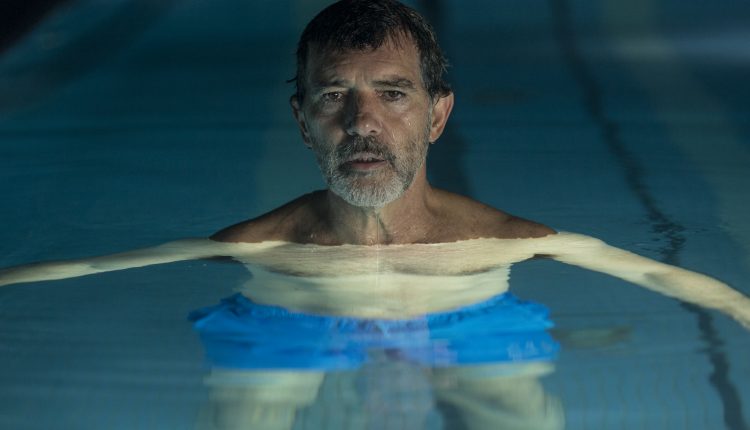 With a career that spans almost 40 years, Pedro Almodóvar has established himself as a modern-day filmmaker. While his films are not CGI-laden blockbusters, they always deliver an emotionality that is both rare and unique. His latest film is no exception and is the latest collaboration with Antonio Banderas, who also starred the director’s 2011 thriller The Skin I Live In.

Pain and Glory (original language: Dolor Y Gloria) explores the life of Salvador ‘Salvo’ Mallo (Banderas), a filmmaker with a fading career. As he struggles with his growing drug addiction, he reflects on his past ranging from his relationship with mother Jacinta (Penélope Cruz) to his on/off friendship with actor Alberto Crespo (Asier Etxeandia).

Pain and Glory‘s slow pace allows Almodóvar to develop the complicated Salvo, who chooses to hide his mental and physical challenges through self-seclusion and drugs – the latter serving as an ironic statement towards his past. While Banderas’ performance conveys contemplation and regret, Almodóvar’s screenplay explores how dependency and addiction affect relationships, not to mention vice-versa.

After being introduced to heroin smoking by Alberto, Salvo’s addiction exacerbates his emotional shutdown and toxifies his friendships. This also causes him to reflect on his past, so much so that the poignancy of his troubles turn the film into a literal, almost tragic tale. In truth, Salvo may mask his illnesses through drugs, but they do not hide his sadness. Deep down, he is still a lost boy that relies on his memories for comfort.

The non-linear narrative delivers Almodóvar’s signature style of suspense and intrigue, and the story and dialogue offer relatability. In his most personal film to date, he highlights the struggles of being a filmmaker – and the will to continue being one.

Overall, Pain and Glory is Almodóvar’s most deeply affecting film to date that highlights Banderas’ talent through a subtly emotive performance.

Pain and Glory is out in UK cinemas on Friday 23 August.