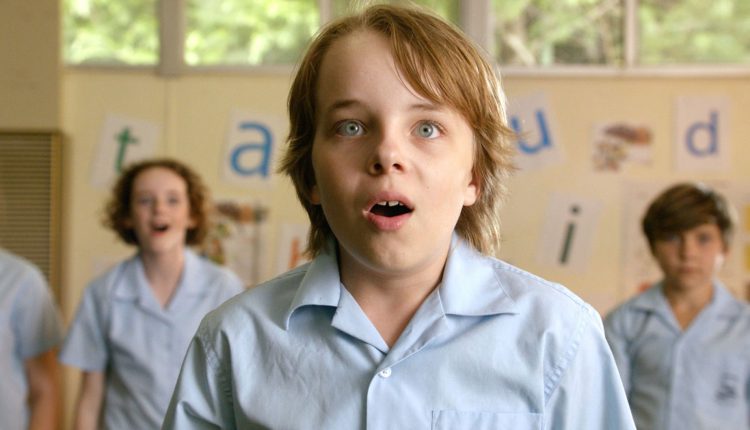 As you may be able to glean from the title, Paper Planes is about paper planes. There’s a young boy named Dylan (Ed Oxenbould) who finds that he has a gift for making paper planes. A gift that could take him to the grand final of the junior paper plane championship. But to get as far as possible he’s going to need some support from his father (Sam Worthington), a man who has barely been able to support himself in the past few months since his wife/Dylan’s mother died. On his way through the competition, Dylan finds a serious rival (Nicholas Bakopoulos-Cooke) and also a girl that he quickly becomes fond of (Ena Imai). But can he find a way to get through to his father?

Supported by the Australian Children’s Television Foundation, this is a sweet, funny film that runs out of steam far too quickly. I know that children will get more enjoyment from it than I did, which is really the whole point, but I was disappointed that such a good start soon took a turn for the worse, sinking ever faster into predictability, schmaltziness, and a simple inability to hold my interest in between the main events of the third act.

Director Robert Connolly, who co-wrote the script with Steve Worland, does well enough with the better portion of the script, but never does well enough to elevate the weaker scenes. The whole thing is further hindered by some poor acting from the child stars – Oxenbould is variable, Bakopoulos-Cooke and Imai are terrible, and only young Julian Dennison does well as a lad who initially dislikes Dylan before becoming a firm friend. The adults do better, despite the fact that Worthington is stuck being mopey throughout most of the film, with David Wenham and Peter Rowsthorn (whom I last saw in an excellent short film called ‘The Applicant‘) being highlights.

It’s bright and breezy, with a soundtrack that reflects the soaring, paper-thin nature of the material – and also throws in ‘Milkshake’ for one pensioner-centric moment that had me fearing the worst until I realised that they were just bringing baked goods to a garage sale. Yes, I have to admit that it’s a film that may fare better with its target audience, yet I can also argue that movies aimed at kids don’t have to be quite as sweet and uncomplicated as they so often were in previous decades. Kids nowadays can handle a bit of complexity or added emotional depth. This film doesn’t offer any of that, but some will view that as a good thing. If you’re in that camp then feel free to add a point or two, accordingly.