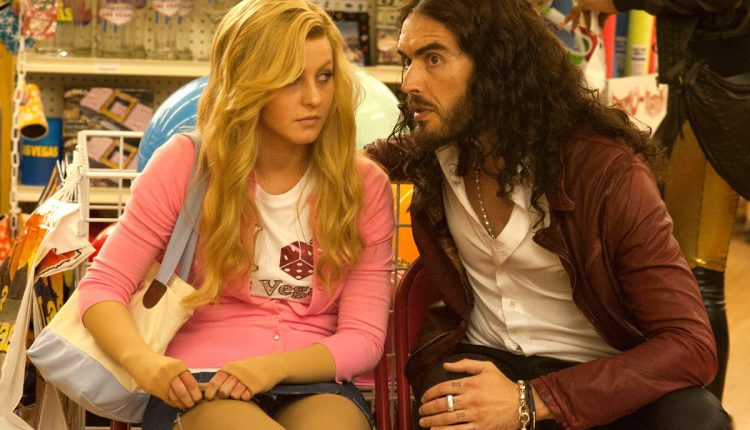 With a wit that’s as sharp & acidic as lemon juice, screenwriter Diablo Cody has proven herself to be one of the most refreshingly volatile voices in Hollywood since scribing Juno back in 2007. Her scripts have brimmed with scathing sarcasm & combustible confidence. And yet from the moment Julianne Hough’s good girl gone bad arrives in Las Vegas at the start of Paradise, Cody’s directorial debut, the writer/director appears to be as anxious and insecure as her film’s central character.

Hough plays the rather nauseatingly named Lamb Mannerheim, whom we meet a year after she survived a plane crash that has left her with severe burns all over her body. Many members of Lamb’s small community believe she has God to thank for her recovery. But in actuality, Lamb has been questioning her own religious upbringing ever since the accident, as she makes clear to her town during a blissfully biting opening that sees Lamb publicly denounce her belief in God, and even suggest that she may vote Democrat at the next Presidential election. Then, with her congregation reeling, Lamb throws caution to the wind & sets off for Vegas, armed with a list of worldly pleasures that she wishes to finally indulge in.

Despite a strong start, Cody’s film soon crumbles into a miscellany of missed opportunities. Films about Vegas invariably fall into one of two categories: either they embrace the seething city’s sinful nature – a’la The Hangover, or they make savagely toxic satirical swipes at its expense – a’la Fear and Loathing in Las Vegas. What we’re instead offered from Cody is a cocktail of cloying confusion, which attempts to marry the two concepts together with all the gravitas of a drive-thru wedding. Her script is not averse to making tart remarks about the debauched milieu, but it’s also happy to see our innocent heroine and her two new friends (Russell Brand & Octavia Spencer, one an insufferable know-it-all & the other an intolerable drunk) gleefully connect with such depravity.

Holding the film together as best as she can is Hough, who retains a deliciously deadpan delivery throughout, and instills Lamb with a naïve charm that compliments her character’s crisis of faith. But sadly Diablo Cody’s inability to confidently develop as a director undermines much of her leading lady’s work. With its flashy visuals, bright lights and poppy soundtrack, Paradise looks & feels hip, but it lacks personality. ‘What happens in Vegas stays in Vegas’ reads the tagline… oh if only it were true in this case.