There’s no doubt the assassination of then-President John F.Kennedy was a huge event in the American cultural, social and political spectrum. That being said, the question must be asked of whether there’s anything more to learn or gain at this stage by re-enacting or dramatising the death of John F.Kennedy, being that the assassination happened a whole 51 years ago. Based on the book Four Days in November, comes Peter Landesman’s Parkland (2013), a film hoping to re-enact the events and actions of the people behind the scenes on that world-changing day, the 22nd of November, 1963. 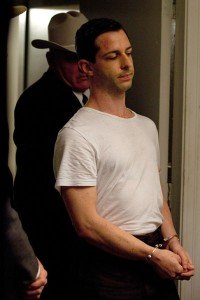 Parkland is a highly segmented story, composed of many different perspectives. The problem with this is the story involvement with each character, or set of characters is paper-thin. Each story-arch or perspective occupies 10 minutes of the whole story in an already minimal runtime of 1:20:00. Each section is hard to relate to when there’s barely a chance to connect to, empathise with, or understand a character and their relation to the President. There’s also a lack of exposition or relevance to the time period, the film follows only the aftermath meaning it doesn’t attempt to set the scene, or contextualise the assassination in terms of what was happening at the time.

Parkland boasts a star-studded cast with very little screentime for them to fill. It’s hard to rate the performances simply because they were so cramped for time and dampened by a need to milk even the most melodramatic of scenes for dramatic tension, which ultimately falls flat. Tom Welling was surprisingly good as Roy Kellerman, as was James Badge Dale as Edward Lee Oswald. Zac Efron and Paul Giamatti seemed to phone their bit roles in, but again, the constrictive time frame could be to blame. 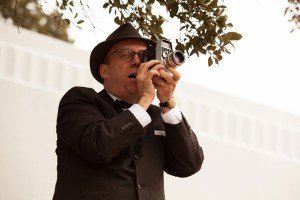 Parkland is plagued by a fundamental lack of story to tell. The mesh of perspectives, stories and snippets work in the format of a book, but when adapted to the screen everything feels far too incoherent, minor and irrelevant when stretched to a feature film. As a result any ‘drama’ feels absurdly forced and shoehorned in, as opposed to genuine. There were scenes of Parkland that were poignant, but mostly it feels like stale forced drama, probably due to unsuitable source material. Overall, Parkland isn’t the tense, dramatic affair it tries to be, but naturally it still holds some ground as a historical re-enactment made to intrigue or inform. If you’re interested in the assassination of JFK, Parkland might appeal, otherwise a slow, dull pace and little engagement leads to a dull watch.