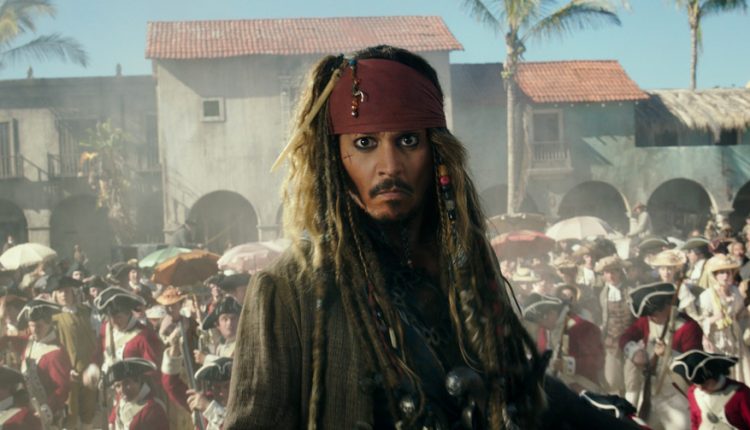 Pirates of the Caribbean: Salazar’s Revenge (2017)

Before its acquisition of Marvel and Lucasfilm, Disney’s most successful live-action film franchise was Pirates of the Caribbean.  When Curse of the Black Pearl was released in 2003, it was a surprise hit that not only kicked off a popular trilogy but gave Johnny Depp the most iconic role of his career. Six years after the lacklustre On Stranger Tides, a new screenwriter and director (or in this case, directors) take on the newest instalment of the franchise.

Pirates of the Caribbean: Salazar’s Revenge sees Jack Sparrow being hunted down by Spanish pirate hunter Salazar (Javier Bardem), who he previously trapped with his ghost crew in the Devil’s Triangle. In order to defeat him, Sparrow reluctantly teams up with young astronomer Carina (Kaya Scodelario) and Henry (Brenton Thwaites) to find the Trident of Poseidon, which the latter wishes to use to free his father, Will Turner (Orlando Bloom).

After the third film, it seems strange to revisit the franchise.  The original trilogy had the awkward yet endearing love triangle between Sparrow, Will and Elizabeth Swann (Keira Knightley), as well as a story that had reached its smart though heartbreaking conclusion. When On Stranger Tides was released, it was criticised for the lack of originality and direction, as well as excessive special effects. However, it became the fourth film by Disney to earn over $1bn at the box office, showing that it still had the magic to bring in audiences, as well as a bankable star.

With the fifth instalment, Rush Hour 2 screenwriter Jeff Nathanson revisits the original trilogy in order to bring its story full circle, which is sure to appeal to fans of the first three films who want to see the happy ending between Will and Elizabeth, and revive the formula that contributed to the success of the franchise.

However, there are glaringly noticeable negatives: a smart, beautiful female character that is regarded to an object of unwanted lust and ignorant comedy, additional cast members who end up as cameos, and an all-too-familiar plot. Given that there have already been four films to even out these issues, these are things that the directors Joachim Rønning and Espen Sandberg should have picked up and ones that audiences will undoubtedly notice.

Nonetheless, this film brings back the fun factor of the franchise. Having worked on 2012 Academy Award nominee Kon-Tiki, Rønning and Sandberg make the most of a limited budget by keeping the plot simple and incorporating fanatical elements without overindulgence.

Depp drives the action and comedic moments, while there are creative, fast-paced action sequences that bring back the thrill of the adventure. In comparison, Geoffrey Rush has a more endearing role as Captain Barbossa. While his character has a slight antagonistic edge, he has evolved into a more mature character that provides a better foil for the consistently irresponsible Jack Sparrow. Of the newbies, Bardem is menacing as Salazar and Scodelario brings a level of sass and maturity as the educated Carina, while the dashing, baby-faced Thwaites reminds audiences of Orlando Bloom in The Curse of the Black Pearl.

Overall, Pirates of the Caribbean: Salazar’s Revenge has everything that a summer blockbuster has to offer: comedy, fun, action and Jack Sparrow. It definitely marks a return to form and offers a promising direction for future instalments.