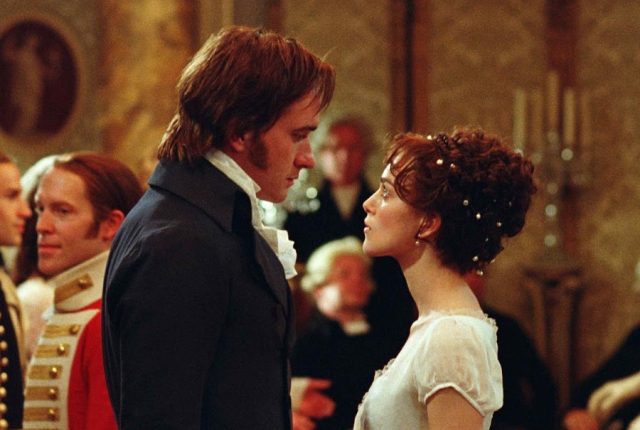 It is a truth universally acknowledged that adapting a famous novel into a film comes with some difficulties.

There have been many film variations of Austen’s novels. Just this year, another of her works, Emma, took in a worldwide total of $26 million. Now over 200 years old, Pride and Prejudice is ingrained in popular culture and has a crowd of dedicated fans. They all have strong opinions about which adaptation is best, but to me, Joe Wright’s 2005 film captures the body and soul of the novel completely.

To fit a novel into the parameters of film, changes have to be made. Pride and Prejudice contains some of the most famous prose in literature, and many would claim that an adaptation immediately loses its integrity if its dialogue is not painstakingly lifted from the book.

The 1995 miniseries starring Jennifer Ehle and Colin Firth is often praised for sticking close to the novel. That being said, Wright’s Pride and Prejudice was made to appeal to a wider audience, and the dialogue might have been changed in order to attract younger viewers.

Deborah Moggach’s screenplay flows well, and Austen’s words don’t lose their effect. Matthew Macfadyen’s, “I love you. Most ardently.” has an entirely different tone to Firth’s more formal, ‘‘You must allow me to tell you how ardently I admire and love you.”, but they are both undeniably Pride and Prejudice.

Wright himself stated that he ‘wanted to make something that is about young people… experiencing these emotions for the first time and not understanding the feelings they are having.’ This, to me, encompasses the main themes of the novel, of misunderstandings and of people trying to navigate the world, something that you can relate to whether you lived in the 18th century or the 21st.

Another contentious point is that Wright changed entire scenes, not just the dialogue. Elizabeth Bennet (played by Keira Knightley) can completely hold her own. This comes across in print, however the novel is from Lizzie’s point of view, so much of the dialogue belongs to others.

In this film, we see her speak for herself and she is wonderful. Darcy does most of the talking in the novel’s proposal scene, while Elizabeth listens in shock. In this adaptation, she bites back at every single comment made about her family.

That is the beauty of adaptations. Not only can the audience actually see the characters, we learn so much more about them.

One scene shows Mr. Bingley practicing his proposal on Mr. Darcy. This is incredibly funny and endearing to watch, but it also shows the softer side of the men of the film. It eases Darcy’s arrogant reputation and shows the close friendship between him and Bingley.

The film is quite stylised, something not often found in adaptations of classic novels. One scene shows Elizabeth sitting on a swing, spinning around in circles as she contemplates her circumstances. We see the seasons change as time passes her by.

What’s more, the famous proposal scene takes place in the middle of a heavy rainstorm. The use of pathetic fallacy is rather cliché. However, the storm reflects the torrent of emotions exchanged and makes the scene much more powerful.

The score, composed by Dario Marianelli, is light and soft, and indicative of the time period. The soundtrack is an important part of any film and in the case of Pride and Prejudice, it unites characters.

In the first scene, we see Elizabeth walking towards her home at Longbourn. Later, we hear the same music playing as she explores Mr. Darcy’s home. An easy way to show that two characters are meant to be is by connecting them through a leitmotif.

What this adaptation does that’s so interesting is that it shows the characters playing this music, often on a pianoforte, firmly binding them to the story and the audience.

Austen’s novel is so famous that some might think it impossible to create a completely faithful adaptation. You simply cannot make a film that will please everyone, as every person will have a different version of the story in their heads. A carbon copy of the book might please fans, but I don’t think an adaptation has to be completely accurate to be good.

All the different factors that come together to make this film- the score, the dialogue, the cinematography-  improve upon a well-loved but very familiar story, and perhaps give a better experience than the novel can.