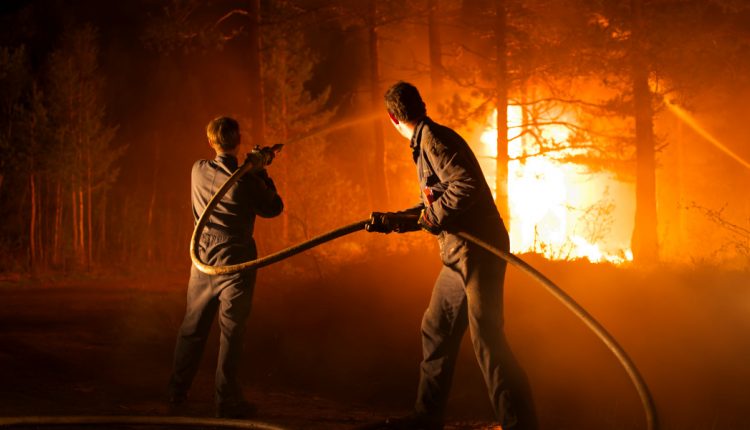 It may look like the background to a Norwegian tourist board advert but do not be sucked in by sweeping forests and glittering lakes. This land is not without its demons. What won’t surprise, given the title, is the nature of the trouble. Out in remote Norway an arsonist is on the loose, terrorising locals until they take to sleeping downstairs with weapons close by. Pyromaniac wields this fear like a club, swinging it with increasing aggression. If not for a confusing villain at the heart of the story, director Erik Skjoldbjærg would be looking at a home run.

The start is fast and intense. A car pulls up to a remote house, a figure approaches. Glass is smashed, liquid poured in, and before the elderly couple can act, a blaze is roaring. It’s red hot and ferocious, heat crackling off the screen. The man gets out but the old lady goes upstairs and is trapped. Then time jumps back three weeks to the start of the trouble as 19-year-old Dag (Trond Nilssen) lights a fire in the woods.

He’s the son of the Fire Chief and when the call comes in, he rides out to help extinguish his own handiwork. Holding the water hose gives him a visual thrill, his chest puffing out just to be part of it all. Over the coming weeks he’ll light more fires, upping the campaign until Pyromaniac comes back around to its start.

It’s in dealing with the natural elements Skjoldbjærg finds the most success. His camera drifts over the farms and woodland, pulling out to show swathes of green punctuated by empty roads only occasionally bothered by vehicles. Houses are set back, placed against the countryside all around. The opposite happens when flames leap up, the camera rushing in to soak up every temperature increase, then back out again to watch Dag and his father cleaning the equipment after the job is done.

Adapted from Gaute Heivoll’s novel, Pyromaniac asks a lot of its lead character, and although Nilssen battles away gamely, he has already lost before the fight commences. Dag is given hints of a personality; military service, awkwardness around women, but not enough. He needs to be either more or less complete, not stuck in the middle with insufficient information. His half-formed silleoutte drags down the film in the second half when it should be accelerating towards a fiery conclusion.

Ultimately Dag’s incomplete relationships; with his parents, with his peers, with the local police inspector and most egregiously with the wife of one of the fire brigade members, make it hard to care what happens when his actions catch up with him. From a distance Pyromaniac is a gripping study of a troubled youth and the damage he does. When the focus comes closer, the spark goes out.