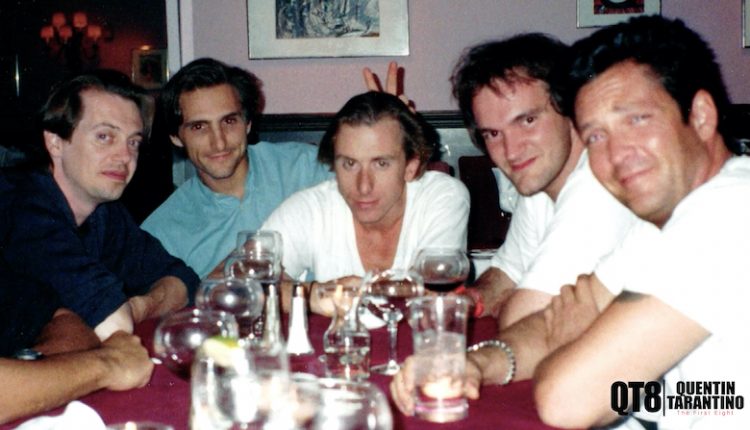 In 1992, an independent director premiered his directorial debut at Sundance Film Festival. When his low-budget film received rave reviews at Cannes, the legend of Quentin Tarantino was born. His career is the focus of a long-awaited documentary, QT8: The First Eight.

Finally being released after a lengthy legal battle between The Weinstein Co. and director Tara Wood, QT8 reminds audiences of Tarantino’s humble beginnings. From his time at Video Archives and US sitcom Golden Girls to his early screenplays such as True Romance and Natural Born Killers, these snippets of his pre-directing life reinforce his roots as an independent filmmaker. His inspiration comes through his knowledge and a true reverence of cinema, showing an almost organic start to his career. Wood highlights this era through candid conversations with Tarantino’s early collaborators such as Lawrence Bender, Michael Madsen and Tim Roth – all of whom ultimately worked on his debut Reservoir Dogs – to offer a surprising reality check behind the filmmaker.

Like Tarantino, Wood is confident in her direction. Behind-the-scenes memories provide occasional light relief and help balance with QT8‘s darker side, which mainly revolves around Thurman’s injuries in Kill Bill: Volume II and the Weinstein scandal. Considering their long-time collaboration, revelations of Tarantino’s knowledge and subsequent silence about Weinstein feel like a bold move. However, the lack of personal reflection from Tarantino himself fails to shed a light on his involvement. As a result, audiences are no closer to the true extent of the scandal.

However, what QT8 offers audiences is a visual homage to Tarantino’s sense of style. There are bold splashes of colour while bookmarking distinct chapters of his career and as the documentary progresses, we discover that his films not only span various audiences but show his fearlessness and willingness to explore different genres. Therefore, QT8 reminds audiences that not all directors stick to what they know and how some choose to risk language barriers and racial tensions to challenge viewers.

Bold, shameless and gratuitous, QT8 is a celebration of the filmmaker’s creativity. A must-fee for Tarantino fans.

QT8: The First Eight is available digitally and across all VOD platforms on 3 December 2019.