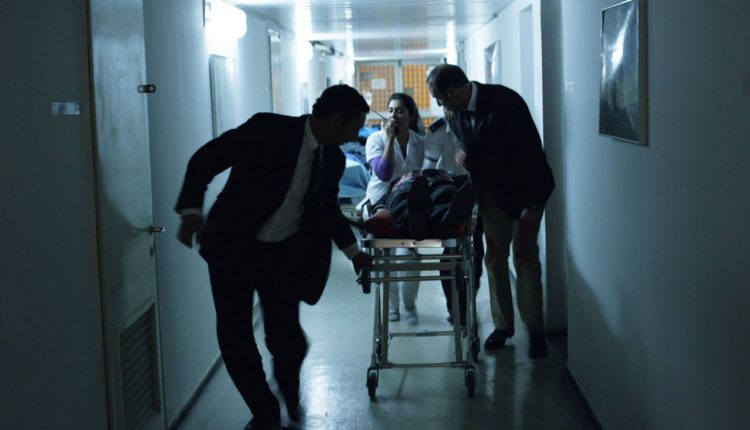 There are few things more shocking than the murder of a political leader, for they are never just an individual. Willingly or not, they represent a vision for how the world should be, and a practical approach to achieving it. The bigger their impact, the more society changes, splitting people into opposing camps. The very fact that Yitzhak Rabin remains such a divisive figure nearly 20 years after his assassination gives some indication as to the passions he aroused at the time. Exploring down two avenues, Israeli director Amos Gitai’s masterful docudrama examines in forensic detail the direct failings that led to Rabin’s death, and the wider climate that sparked it.

His decision to sign up to the Oslo Accords, a process aiming to settle the dispute between Israel and Palestine that’s loomed over international politics for decades, made him a hate figure for many on the right, and an icon for those seeking peace. Gitai starts with the assassination, using archive footage and his own reconstruction to watch the moments leading up to the shooting. It comes suddenly and decisively after a lengthy build-up.

From here, the film centres mainly on an Israeli investigation into security failings, Gitai wheeling out a succession of figures to testify in front of the commission. There’s a cameraman who covered the incident from nearby, Rabin’s driver and his bodyguard, and police and military figures. Each interrogation unfolds slowly, the committee members probing with tetchy scepticism.

Running alongside, he tries to draw out a picture of the environment that led to the decisive shooting. Time is spent questioning the assassin, law student Yigal Amir, or watching a group of seditious Rabbis calling down punishment on Rabin’s head. In one such meeting, a “specialist” is brought in by the Rabbis to give her view on Rabin’s state of mind. Schizoid is the answer. When people are dealing in such extremes, it’s no wonder the worst happens.

Rabin, the Last Day is a slow film, taking its time to draw out testimonies, and happy to disappear off to Jewish settlements, or into more archive footage for minutes on end. Sometimes the thoroughness can be overwhelming, the level of detail from each figure comprehensive to the point of monotony. Aided by a superb score from Amit Poznansky, it manages to ride over these moments, sustaining a sense of fear and uncertainty. There are answers here, but not to the big question. This is how and why Rabin died. As to an overarching solution for Israel; we have a long wait ahead.