Mona Eldaief’s and Jehane Noujaim’s documentary film Rafea: Solar Mama was given pride of place at this year’s Aldeburgh Documentary Film Festival. The broadcast was made even more special by the guest appearance of executive producer Nick Fraser, who spoke about the film in an exclusive question and answer session with Mary Ann Sieghart following the screening.

Nick Fraser’s remark that good documentaries do not reduce human lives to objects rings true of Rafea: Solar Mama. It is touching, haunting, and humorous, all of which are qualities determined by the fact that the film is ultimately personable.

It tracks the story of one woman from a poverty-stricken community in a Jordanian village. She is approached and taken to Barefoot College in India in order to train as a solar engineer. 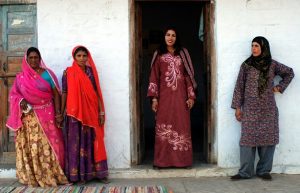 The film is so successful as a documentary due to its honesty. It does not attempt to give an international overview of world poverty, nor a general polemic about women’s role in small communities, nor even about women from disadvantaged communities partaking in education. The focus upon Rafea, her family, and her purpose makes it a very human story. 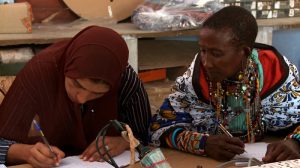 The ultimate challenge is to engage in empathy with a total stranger from a peripheral and poverty-stricken area, but Eldaief’s and Noujaim’s film does so successfully. Fraser goes on to disclose that the directors returned to edit the film with a total of 400 hours of footage – none of which was scripted, rehearsed, or even planned. All it takes is for one person to ask another ‘how does this make you feel?’ for this documentary to communicate to people. 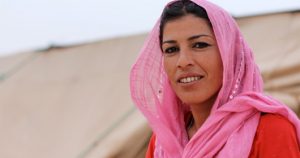 In the face of adversity, Rafea proves herself again and again, inverting preconceived notions about women’s role in the home and with the family by succeeding as a solar engineer – exceeding her husband’s professional capabilities – and providing a home for herself and her daughters. Rafea’s journey is as inspiring as it is insightful, a truly personable human story about a woman who faces up to poverty and gender constraints, and achieves her dream. 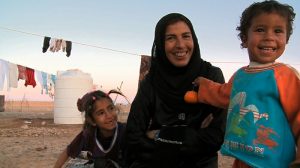