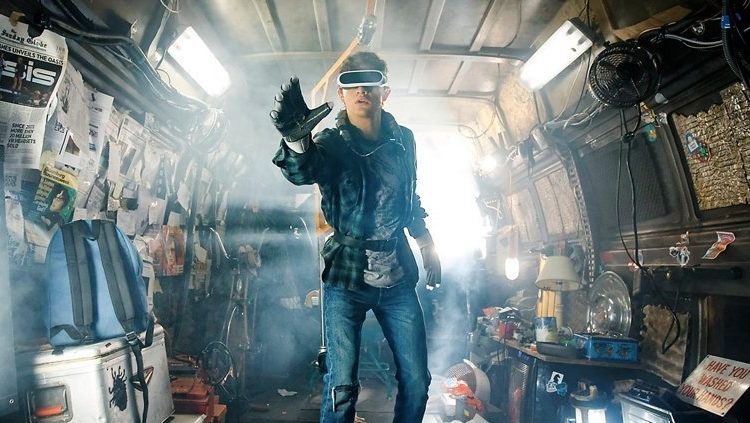 This book adaptation of Ernest Cline’s Ready Player One is set in the not-too-distant future where the creator of a virtual reality (the OASIS) dies, upon which a video is released in which he challenges all users to find his Easter Egg: his fortune.

This film is the ultimate fan boy’s wet dream. But be warned, it’s not for everyone. If you’re not a video game nerd, 80’s freak or pop culture enthusiast don’t bother because it will fly clean over your head like a Street Fighter Hadouken! This makes it almost unwatchable for those who don’t know the deal. But if you hang in there, you could be a converted geek for life! It’s one for the book lovers but might not work for an uninitiated audience.

The brilliant laugh-out-loud comedy is rooted in the film’s countless pop references which will, unfortunately, exclude a lot people from the bigger punchlines. Although watching people react in the real world to what’s happening in VR never gets old. And it’s all about kids being kids and those jokes stand up no matter how old you are. Wade’s (Tye Sheridan’s) failed attempts to look cool in front of Art3mis (Olivia Cooke) coupled with Aech’s (Lena Waithe) running commentary are cute, making these virtual characters feel very real.

These references are the film’s bread and butter, acting as both a strength and a weakness. That aside we recommend giving it a go, as it’s basically The Goonies set in the future or Charlie And The Chocolate Factory meets The Matrix!

Like the novel by Ernest Cline, it is littered with so many pop culture references that you will be pausing the film and still finding little gems for years to come. Everything from the Overwatch sprites in the back of shots to Wade’s Back to the Future Delorean will keep you constantly grinning.

The main gripes come from the changes to the source material (as expected). Some are smooth and seamless but some create questions that are never given time to be fully addressed. For example one of the challenges was changed from War Games to The Shining which worked much better both visually and for the narrative. But changing the death of one of main characters to allow for a much happier ending was a mistake in IMHO. This death would have carried so much more weight to our characters’ cause and made the enemy much more of a threat.

However, Spielberg’s influence throughout makes it feel like a pre-packaged classic already. His influence and a well-crafted screenplay by Zakk Penn and Ernest Cline helps the transition from book to film. It goes without saying that the visuals, score and edits are phenomenal, putting a bow on this sexy package. And the big set pieces will knock your socks off!

Sadly, its foreshadowed success means a second film is already in the works even though Ready Player One wraps up the story perfectly and Ernest Cline has not yet completed the second novel! But that’s Hollywood for you.