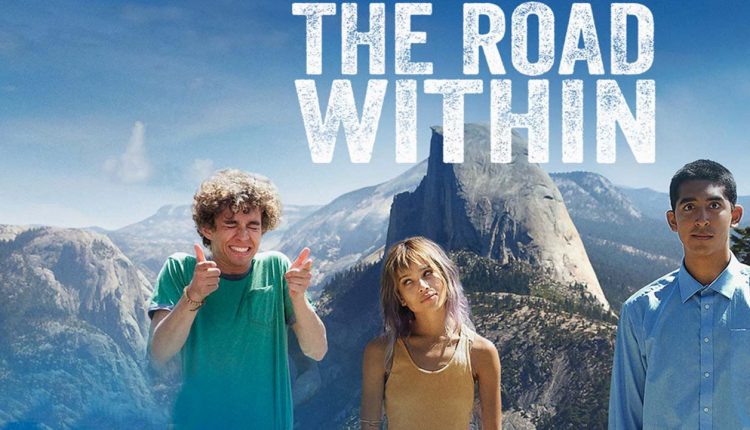 I really liked The Road Within for a number of reasons. First of all, it had fantastic performances from a cast that lined up Robert Sheehan, Zoe Kravitz, Dev Patel, Robert Patrick and Kyra Sedgwick in the leading roles. Secondly, it felt like an updated version of The Dream Team with a pinch of John Hughes movies mixed in (I swear to god that one scene between Patrick and Sedgwick even seemed to be using music similar to the scene in which Cameron stares and stares at the painting in Ferris Bueller’s Day Off). Third, it managed to mix the humour with the more serious moments brilliantly. I know that many people could see this film and dismiss it as something competent that we’ve seen many times before, but I’ll recommend it. Even if I end up being on my own.

Sheehan plays a young man who is afflicted with Tourette’s Syndrome, and he’s placed in a special clinic by his father (Patrick), who has often been embarrassed by him. The main doctor (Kyra Sedgwick) at the clinic believes in trying out new things to help people out. Behavioural exercises. But she didn’t plan on three of her patients taking her car and heading off on a road trip. Yes, Sheehan hits the road with an anorexic girl (Kravitz) and his OCD roommate (Patel). For every mile they get further away from the clinic they are disproving those who think that they cannot handle themselves in the real world.

Tourette’s Syndrome is a difficult condition to take seriously, much to the frustration of the people who have it, who are already frustrated by, well, having Tourette’s Syndrome. The Road Within allows viewers to feel the helplessness of the main character by a) veering between moments of real humour and moments of awkwardness and b) resting the material on a brilliant performance from Sheehan. Although I don’t have too many reference points, Sheehan nails the tics, expletives and anger, as far as I can tell. Kravitz and Patel may seem to be secondary characters, due to the way in which they help to shape Sheehan, but they also get at least one or two moments in which they effectively hammer home the devastation caused by their respective mental health issues.

Writer-director Gren Wells shows great skill in both departments. The script veers into cinematic cliche fairly often, but it does so in a way that’s peppered with energy and a few trimmings that feel fresh. And I’m not going to complain if it takes a cliche or two to allow for some quality screentime for Patrick and Sedgwick, who both excel, even if the development of Patrick’s character isn’t as smooth as it could be.

If you want a movie that alternates between sheer entertainment and making you think about various mental health issues then this is the one. It is, ironically enough considering the main characters, perfectly balanced. Even if it’s not quite perfect.