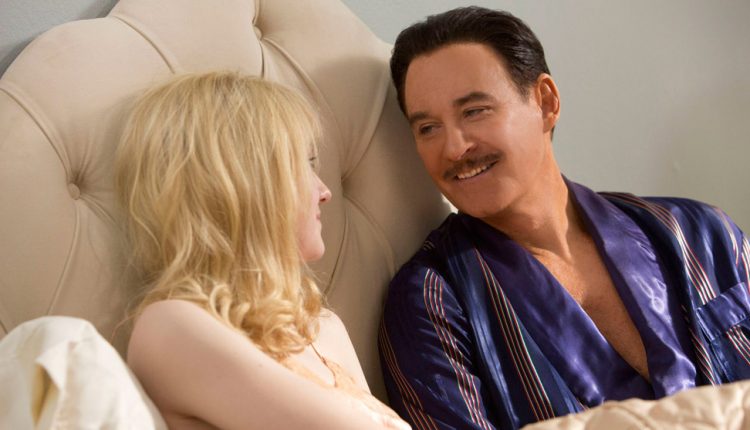 “Who is this girl?” asks a journalist at the start of Richard Glatzer & Wash Westmoreland’s Errol Flynn biopic The Last Of Robin Hood; referring to the young femme fatale whose arms the legendary Hollywood actor was reputed to have died in. She is Beverly Aadland (Dakota Fanning), a 15-year-old starlet working for Warner Brothers in the late 50s with the help of a fake birth certificate and the support of her Hollywood mother Florence (Susan Sarandon). Then, whilst on set one day, Beverly encountered swashbuckling superstar Flynn (Kevin Kline), beginning a relationship that would eventually push the young actress to the edge of her sanity.

Closer in quality to Grace of Monaco than My Week With Marilyn, this rambling tale of romance is no sharper than a blunt blade. Though Fanning, despite an underwritten role, succeeds in showing herself to be an accomplished adult actress, Kline’s proudly pompous characterisation of Flynn smacks more of impersonation than performance, and makes for woefully wearisome company. The script meanwhile, written by Glatzer & Westmoreland, is a flat and facile deconstruction of Hollywood attitudes towards fame & sexism that all but begs for Awards recognition, despite never earning the right to deserve any.