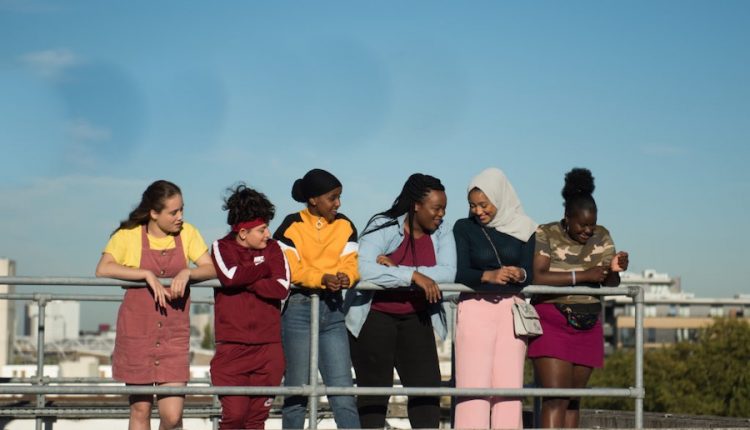 Four years after she opened London Film Festival (LFF) with historical drama Suffragette, filmmaker Sarah Gavron‘s latest film Rocks won rave reviews at last year’s LFF. Starring an array of British talent, the film follows a teenage girl who has to fend for herself and her younger brother after being abandoned by their mother.

When audiences first meet Rocks (Bukkay Bakray), she is like any normal teenager who likes hanging out with her friends. This light tone quickly dissipates when her mother unexpectedly leaves her and her brother Emmanuel (D’angelou Osei Kissiedu). While there is little explanation behind her absence, it is enough to fuel Rocks’ distrust and inability to ask for help. This intensifies when she goes ‘on the run’ and further isolates herself from her friends. The worse affected is her best friend Sumaya (Koser Ali), as Rocks repeatedly rejects her support. This culminates in a tense argument between the two girls, which allows audiences to feel their frustrations with each other. Although Rocks occasionally comes across as stubborn, the chaotic school scenes intertwining her home life remind viewers that she is still a child herself, causing a relatable juxtaposition on adulthood.

Rocks shines a light on London’s multiculturalism and sisterhood through its young and diverse cast. Bukray steals the show with a compelling performance as Rocks, displaying a natural determination to keep going despite her struggles. Other standout performances include Ali and Kissiedu, who is able to convey so many emotions at such a young age.

Behind the camera, Gavron’s delicate direction creates an organic insight into the life of a teenager while Claire Wilson and Theresa Ikoko’s natural screenplay delivers refreshing bursts of humour amid Rocks’ growing troubles. When combined with the talented cast, the result is an engaging coming-of-age film that doesn’t shy away from the struggles of real life. Instead, Rocks embraces the adversities of its heroine, making her personal triumph all the sweeter.

Bold in its realism but subtle in its execution, Rocks is a brilliant and dynamic piece of filmmaking.

Rocks is out in cinemas on Friday 18 September.