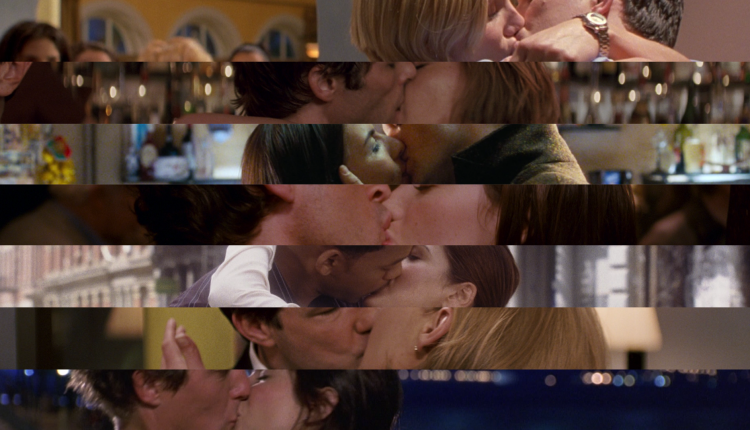 Romantic Comedy. The Rom-Com. Considered to be is a sub-genre of comedy, they focus on lighthearted, humorous plot lines centered on romantic ideas, such as how true love is able to surmount most obstacles.

However, are they the feel-good films they portray themselves to be or have these fantasies given us unrealistic expectations for our own love lives?

In Elizabeth Sankey‘s documentary/video essay, she explores and critiques the many tropes that go in to building the perfect romantic comedy. To do this she employs the help of fellow critics and a library of film clips to illustrate her points.

From classics like When Harry Met Sally & Notting Hill to modern entries like Crazy Rich Asians, the whole breadth and width of the genre is represented. Even if characters who aren’t white, straight and middle class are not…

Sankey’s journey through her own relationship with the genre follows the structure of your typical rom-com. Complete with kissing montage!

Act 1 is the “Meet Cute” where she feels that first flush of desire and love to the movies. How she is seduced by their sweet, fuzzy nature and positive outlook.

Act 2 is the break up. That honeymoon period is over. The sheen has worn off the relationship and beneath the surface are subversive and occasionally insidious ways that we are being conditioned into accepting some disturbing behaviours within the genre.

Finally Act 3 sees the reconciliation. The two leads work out their differences and a declaration of love is made. Hinting at a happy ending for the two lovers.

This style of film essay is becoming increasingly popular. From 2014’s Beyond Clueless to BBC’s Inside Cinema series, this format allows for deep critcial analysis without resorting to the talking head format. At times it can come across on the academic side but with an engaging soundtrack provided by Summer Camp and strong arguments delivered by Sankey, it doesn’t outstay its welcome and shines a fresh light on the genre.

The band Foreigner said “I want to know what love is. I want you to show me”. Elizabeth Sankey does a good job of doing just that and why we find it so appealing with Romantic Comedy.

Romantic Comedy is available on Mubi from 7 May.