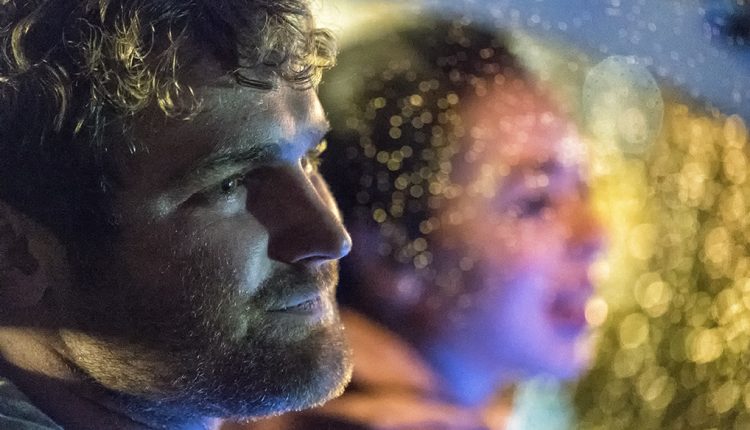 BAFTA-nominated writer-director Scott Graham delivers a fast and furious tale of life, love and forgotten dreams in the fantastic Run.

In the Northern Scottish town of Fraserburgh, young men dream of escapism through late-night drag races. Finnie used to be one such lad, but now he works at the fish factory and it’s his son’s turn to dream and race. Until one night when Finnie steals the boy’s car for one last joyride.

There are some who may read the synopsis and go in expecting the Scottish version of The Fast & Furious. Yes, there are fast cars and the furious temperament of the main character but that is as close as you will get to a comparison.

Vin Diesel lives his life a quarter mile at a time. Finnie dreamed of living life in the fast lane when the reality is, his life has stalled.

Similar to Graham’s previous films Shell and Iona, Run deals with the common themes of isolation and escape. Characters trapped in remote locations by the ties that bind them. Whether that be family, career or money. People who dream of escaping to a new and better life but are unable to leave their past behind.

Finnie is a man who had a kid and married young. Those decisions have left him stuck in a rut. Mark Stanley embodies him with an almost impotent, adolescent rage. A man who had to take on responsibility fast but never truly grew up in the process. Hence the continual pull of drag racing. His life is dragging but any thoughts of that can momentarily be blinded by the dashboard lights. Much of his performance is delivered through his eyes as he silently drives around. The camera tracking his every thought and emotion through a car window or rear view mirror and it is reminiscent of Tom Hardy’s sublime performance in Locke.

Stanley is ably supported by Amy Manson as his wife and Marli Siu as his son’s girlfriend who he drives around with as they share their dreams of a different life. Just like the endless circuits around the town they cruise along, they are on a road to nowhere. It will take a monumental decision from them both to break free and head in a new direction.

Following Blinded By The Light, this is the second film in as many years inspired by the music of Bruce Springsteen. Just like Sarfraz Manoor’s autobiographical story, Graham proves that the songs of The Boss have universal appeal. It have can have as much emotional resonance to someone growing up in the North East of Scotland as someone living in the Garden State.

Finnie sports a Born To Run tattoo and you can feel the lyrics of the song echo loudly through the empty streets:

“Oh, baby, this town rips the bones from your back. It’s a death trap, it’s a suicide rap. We gotta get out while we’re young. ‘Cause tramps like us, Baby, we were born to run”

Graham has crafted a sleek, polished machine that zips along at speed but has a lot going on under the hood. The film has an honesty and authenticity to it that anyone who has grown up in a small town will identify with. The raw emotion that the characters display will put you firmly in the passenger seat. With them for every mile on their self-reflective journey.

It may be set in a small rural Scottish town but just like the Springsteen song that inspired it, it’s themes are universal and will resonate with audiences from all over the world. Like The Boss said, tramps like us, Baby we were born to run… So don’t walk. Run to the cinema to see the Scottish film of the year.