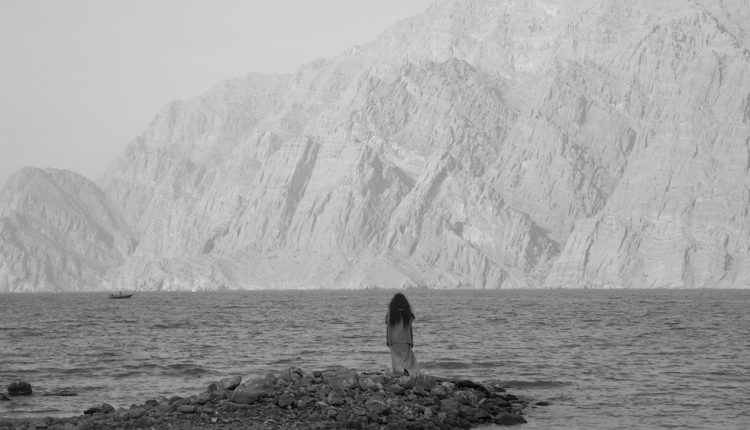 Selected as Saudi Arabia’s official entry for Best International Feature Film at the 2021 Academy Awards, Shahad Ameen’s directorial debut feature Scales marks the country’s fourth-ever submission in the history of the Oscars. The film is set in a barren dystopia, where each family sacrifices a daughter to mermaid-like creatures every year to preserve their only means of survival. One particular girl, Hayat (Basmina Hajjar), is spared by her father and their family quickly become outcasts. But when a now-teenage Hayat accepts her fate, she is set on a different path.

In this grim setting, girls are seen as commodities to the male islanders, especially the elders, who state: “girls belong to the sea maiden”. Therefore, they are quickly dismissed as anything but a means to an end. The only one who wants to defy this is Hayat, a first-born child who was saved when she was a baby. However, this has caused her father to become a pariah and her dismissal by her peers, especially as her feet and face are cursed with fish scales. Due to these circumstances, her parents see her as a source of regret so they provide little to no comfort on her impending fate, especially as Hayat hopes that her soon-to-born sibling is a girl who could take her place.

But thanks to Hajjar’s haunting performance, Hayat’s fear is palpable; she is aware that she escaped death but has not only suffered the consequences but faces it regardless. Even when she challenges the patriarchal society by choosing her own fate, she is unable to escape her being ‘cursed’ as her growing scales indicate her own metamorphosis. This change is not only physical as her adopting an unexpected role on the island realises her own worth and a possibility that times change.

An expansion of Ameen’s 2013 short film Eye & Mermaid, the creatures provide a mythical twist to the otherwise bleak narrative. Seen as both the island’s curse and its saviour, their lingering presence in the background hints at their constant threat to the villagers while the mermaids’ siren song hint that Hayat is more connected to the creatures than expected. Ameen slowly unveils their significance through our heroine’s eyes, so we see the futility of the island’s traditions – more specifically, the true depth of their sacrifices.

In her debut feature, Ameen explores the emotional dangers of a patriarchal society that reinforce its feminist angle in its strong-headed protagonist. Hayat doesn’t complain or contest about her ill treatment but proves that she isn’t dispensable. Her impact stands out amid Scales‘ bleak black-and-white colour palette, simplifying the barren lands and dire landscape while the lack of dialogue and emotion accentuates the society’s cold state.

Overall, Scales occasionally suffers under its quietness and slow tone, but delivers a subtly provocative take on female empowerment.