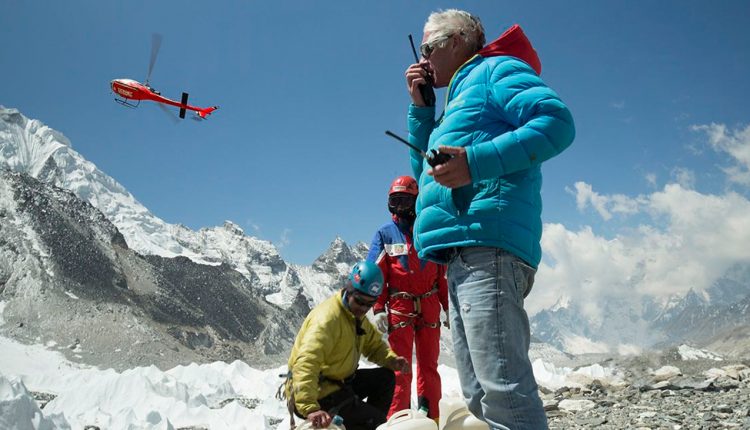 The name Sherpa, according to Jennifer Peedom’s fascinating documentary, emerged as a form of currency in the climbing world following Tenzing Norgay’s ascent of Everest along with Sir Edmund Hilary in 1953. The success of Tenzing Norgay brought Sherpas to the attention of the world and inextricably linked them with Everest and with mountaineering. It’s an uneasy, sometimes beneficial, often unequal relationship that continues to define Sherpa culture. Such is the level of ignorance across the West that many, myself included until seeing this, are unaware that the name Sherpa refers to an entire ethnic group and not merely a occupation.

Peedom’s look at the practicalities and the business of climbing the world’s tallest mountain is riveting and provides us with a tantalising first-hand glimpse at an environment that essentially represents a day at the office for a little-appreciated group of people.

While there may still be some romantic notion to scaling Everest’s peak, the businesses of tackling the mountain, and business it is, represents the single most lucrative activity for the Nepalese people and has become something of a bucket-list activity for affluent westerners. Travel companies concentrate their trade on the window of a few months each year in which it is possible to climb, and consequently, Everest has become something of a tourist hot-spot. Peedom’s film shows us an Everest that is literally swarming with both tourists and Sherpas, creating traffic jams at the top and requiring a vast support network to maintain its trade. The influx of westerners paying travel companies through the nose has created a level of tension with the Sherpas who consider themselves underpaid for the extremely dangerous and exhausting work they do.

Peedom was inspired to begin work on the documentary after hearing of a fight in 2013 on the mountain slopes between Sherpas and European tourists. Taking to the mountain a year later, the film tags along with Phurba Tashi Sherpa; a man who holds the joint record for most ascents of Everest at 21, and his employer Russel Brice who has been leading expeditions to the Himalayas since 1974. Peedom’s team was unlucky enough to be on hand on April 18 2014 when a 14million kg block of ice fell killing 16 Sherpas and throwing the entire climbing season into doubt.

The aftermath of the disaster and the resulting political standoff between the Sherpas and the travel companies who operate on the mountain and contribute to a largely unhelpful Nepalese government is stunningly captured and excruciatingly tense. This a part of the world in which employment tantamount to slavery readily exists with a clear caste divide between haves and have-nots. The scenery is obviously stunning, but it’s the story of an under-represented, over-worked and largely forgotten people that is at the heart of this eye-opening cinema.