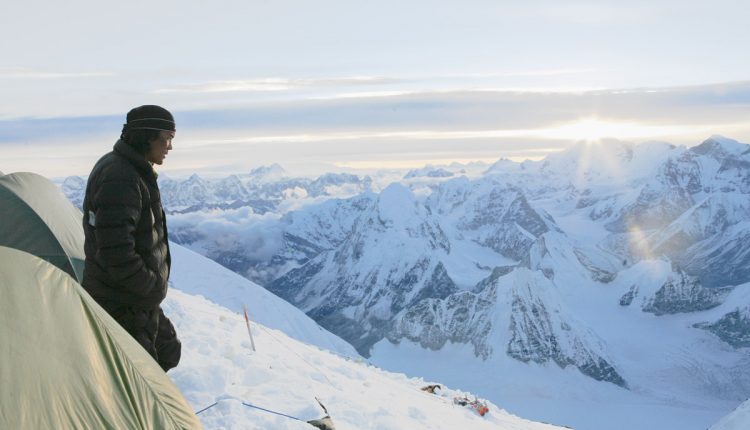 Last year, a 14 million tonne block of ice killed 16 Sherpas, an ethnic group of Nepalese people who work as tourist guides up Mount Everest.  The incident highlighted the dangers of climbing up the world’s highest mountain, as well as a supposed lack of support from the Nepalese Government.   After winning the Grierson Award for Best Documentary at the BFI London Film Festival 2015, director and experienced climber Jennifer Peedom’s award-winning feature recalls the worst tragedy in the history of Everest.

Sherpa shows the events leading to and after the incident, which raised concerns over the Sherpas’ safety on the mountain.

Peedom’s documentary initially intended to highlight Phurba Tashi, an experienced guide who had climbed Everest 22 times, as well as a female Sherpa’s first climb up the mountain.  Instead, the director and her team had to change their film, resulting in an emotional and fascinating insight into one of the riskiest jobs on the planet.

Given the film’s title, the Sherpas’ history isn’t examined in great detail.  The documentary features their dependence on the income generated from the tourist season, but their opinions on being a guide to Western tourists are not entirely explored.  As a result, the film’s perspective feels one-sided.  As it delves into the aftermath, the Sherpas become more vocal and outspoken but not as direct subjects to the documentary; their outrage is captured through amateur-style video footage.  Rather than focus on one, the insight from a group of Sherpas would have provided a more balanced understanding of their culture.

However, what Sherpa achieves is emphasise the dangers and risks of mountaineering.  With its breathtaking cinematography, the film shows a group of tourists who have paid thousands to climb Everest – notably a couple who had paid a second time after their initial trip was cancelled – yet their excitement of being there brushes aside any concerns they may have for their native guides.  Tour operator and Tashi’s employer Russell Brice provides a more compassionate view and it is encouraging to see him empathise with the Sherpas’ decision to not climb the mountain, who’d rather risk their income than their lives.  As a result, there is hope that the working conditions for Sherpas will improve – when this will happen is yet to be seen.

Overall, Sherpa is a thought-provoking, beautiful yet unbalanced documentary.

Sherpa is in cinemas from 15th December and will broadcast globally on Discovery Channel in 2016.