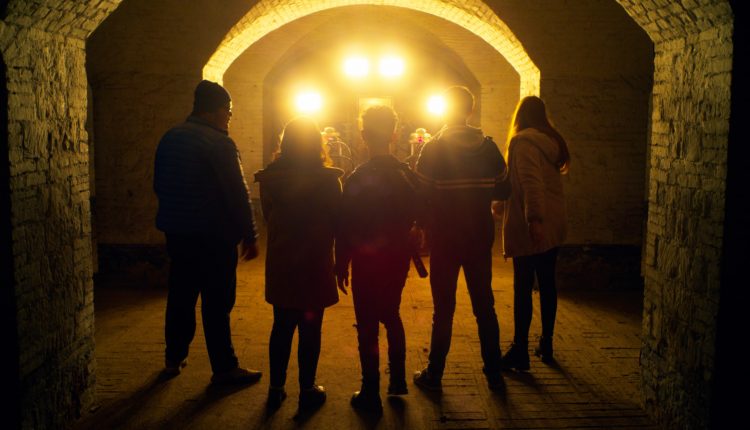 In Shortcut a group of young teens are forced to work together when their bus is terrorised by a vicious creature. We don’t know where they’re going or for what reason, but the 5 young’uns find themselves alone when their bus driver is mauled to death. Cue an extremely loud score, occasional flashing lights and a monster who has plenty of opportunity to kill but chooses not to. Sigh.

Shortcut is a pretty boring affair where the dialogue is 90% screaming and the rest is awkward conversations about needing to pee, absent fathers and obesity. They are all very rude to each other, but I bet you can guess they’ll be best of friends by the end. There’s nothing like being stalked by a man-eating monster to bring folks together.

The acting is generally very bad and what unfolds is entirely nonsensical. The monster’s kryptonite is expected, no one mentions having a mobile phone and the kids manage to stumble on a space with candles galore. It’s unfortunate that there is nothing here to get excited about, but that’s the simple truth. It’s silly, tedious and ultimately predictable. There is no sense of genuine terror, threat or fear for the characters’ lives. No amount of blood-spatter can prevent Shortcut from being more than a mediocre version of The Descent or Creep, where any sense of tension or dread is replaced with pointlessness and tedium.

Shortcut tries desperately to appeal to an audience that loves 80s-esque horror films, Stephen King and Stranger Things, but misses the mark entirely. It’s charmless, without any wit and lacks any creativity that you’d associate with the films it attempts to mimic. It’s a shame that writer Daniele Cosci did not choose the flash-back moments as the centre of this tale, as they become a tease for a more interesting story.

The first few moments of the film sparked with promise, showcasing a film with great cinematography and a suitably dramatic score. However, ultimately Shortcut is let down by poor acting and being extremely dull. It’s great that director Alessio Liguori is confident in his monster design, boldly choosing to show it multiple times, but nothing here will truly terrify. It’s an overall dull 80 minutes and I am thankful that it wasn’t any longer.