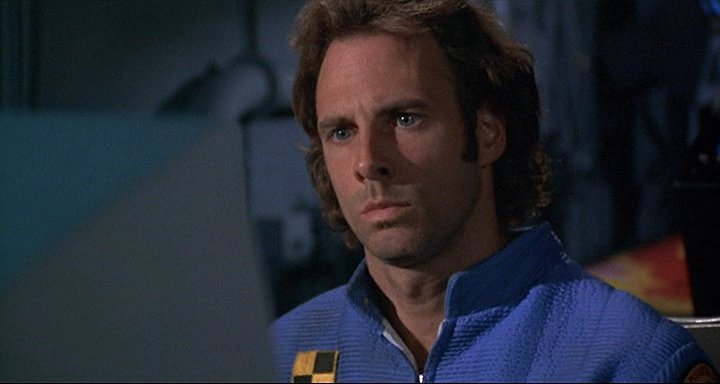 Given that it is a cult, if not an outright classic, I need to be careful as I don’t have many positives to offer about Douglas Trumbull’s ecological augury Silent Running, a film I was greatly looking forward to seeing, having marvelled at it as a child, but sorely disappointed by.

I was, firstly, disappointed to note how heavily derivative it is, especially of  Stanley Kubrick’s 2001: A Space Odyssey, on which director Douglas Trumbull was master in charge of special effects (as he had also been for Dr Strangelove).

The premise might strike you as familiar: alone in deep space, things get very weird, equipment fails, innocent astronatus die, the remaining crew member goes through a psychedelic space trip hurtling through the rings of Saturn and nothing else makes a lot of sense. I gather Silent Running was meant as some sort of “answer” to 2001, but I’m not sure switching things around so it is the meatware that goes bonkers makes a whole lot of difference. There are more thoughtful “responses” to Kubrick (Tarkovsky’s Solaris being the most obvious), and in any case I’m not even sure 2001 needed one.

Unlike 2001, where the premise is nicely mystical and metaphysical, here the starting proposition is both prosaic and ludicrous: even allowing the premise that the Earth has become, by intended human intervention, totally devoid of plant life (which, the amateur biologist in me shrieks, would surely destroy the oxygen/carbon dioxide equilibrium), for the isolated custodian of remaining plant-life to then receive an order, without explanation and apropos nothing, to nuke the remaining space-bound conservatories and return to earth defies any sort of credulity. Why would the order be given, and why would Lowell carry it out?

For a supposedly pro-conservation film (and in this regard, Silent Running was certainly ahead of its time) there are a number of anomalies, chief among them Trumbull’s curious decision to portray the hero and saviour of the plants as a murderous, paranoid weirdo. Mind you, locked in deep space with only some bushes, a faulty robot and Joan Baez gagging her way through a staggeringly awful cycle of (specially commissioned!) folk songs is more than your average koala can bear, so perhaps you can excuse the poor man of cutting up a little rough.

Last, Silent Running was – quite apparently – made on the cheap. The sets are drab – much of the spaceship looks a lot like a partially converted warehouse (it was, in fact, a co-opted warship, which you’d think would have scrubbed up much better than this as a dystopian space-ship), and the blue-screening and special effects are unremarkable.

No doubt Silent Running has its fans, but your correspondent isn’t among them.