Sixteen is an odd film, short at only eighty minutes, that manages to feel a lot longer but also be quite compelling. Jumah (Roger Jean Nsengiyumva) is a fifteen year old from Congo who, after being adopted by Laura (Rachael Stirling), lives with her in west London. It’s never made clear how long he’s been in the country but we’re told he’s been kicked out of a few schools for violence and has a blossoming relationship with Chloe (Rosie Day). A former child soldier, he spends his days trying to repress his violent history, and appears to be doing a decent job until he witnesses a stabbing and old habits resurface. 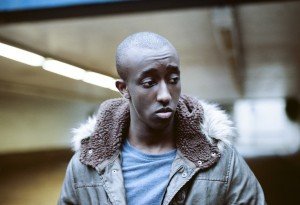 Jumah’s past is the most interesting part of this film. Although we’re never actually shown it, the soundtrack ramps up to something not dissimilar to Hans Zimmer’s Mombasa from Inception whenever Jumah is hit with old feelings and memories. There are subtler times such as when his friend is playing a shoot ‘em up game on his phone. Jumah sits listening to the sound effects for a while until Alex (Deon Williams) tries to get him to look at the screen, at which point he runs off. It’s a telling moment and one where you see Jumah for what he is; a child who is trying to recover from hell. The other scenes depicting his fight with his past are more alarming and horrifying than anything else. Watching a fifteen year old boy struggle with terrible dreams and automatic reactions to certain situations is horrendous when you consider his life before England. In some ways, not having any scenes in Conga is worse than actually having to watch them because it leaves the events up to your imagination. What Jumah did and went through is never fully explained but is left to the audience to decide. I don’t know about you but my mind always rushes to the worst possible scenario. As such, this wasn’t a hugely easy film to watch. 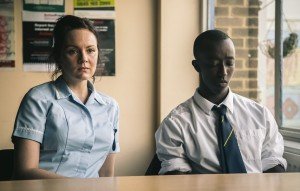 Sixteen is the first feature film from Rob Brown who’s previously written and directed a number of shorts, some of which have won awards. Whilst it’s overall a very good film, there are some issues with the script with lines feeling out of place. They’re not enough to take you out of the film completely but they just feel a little wrong and as though they don’t belong. Other than that, this is an interesting film that’s well worth your time. Despite feeling a lot longer than it is (something I usually put down to boredom), it remains interesting and compelling throughout. It’s just not an easy film to watch. 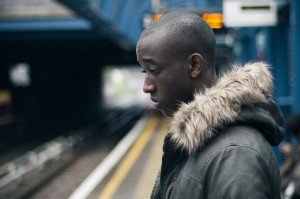