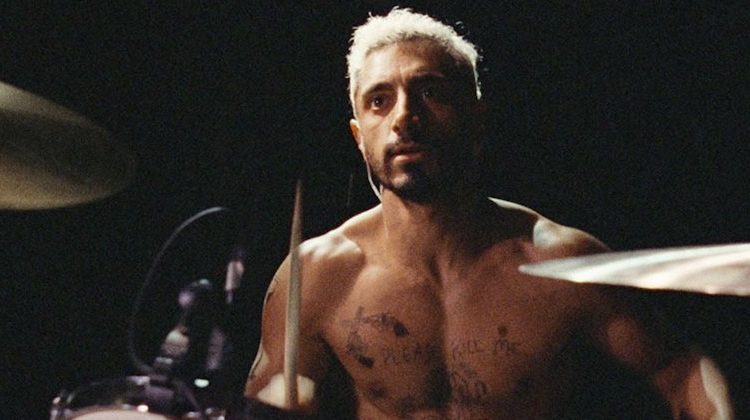 Starring Riz Ahmed, Sound of Metal is the directorial debut feature of The Place Beyond the Pines co-screenwriter Darius Marder. The film focuses on Ruben (Ahmed), a heavy-metal drummer who begins to lose his hearing.

When Sound of Metal starts, the audience is thrown into audible disarray. In its opening moments, the chaotic and brash scene sets a tone with little reprieve in sight. As soon as you wish for silence, the film provides the timely moment when we realise that Ruben begins to notice his deafness. Amid the piercing music of his musical duo or the serenity of morning jazz, the muffled noise reflects his growing struggles as he realises he can no longer enjoy music or communicate with his bandmate girlfriend Lou (Olivia Cooke). In other words, his life is over. This only emphasises his denial and insistence in continuing with the tour, subsequently worsening his deafness.

Most of Sound of Metal takes place in a deaf commune, where Ruben is ‘left’ by Lou to recover and deal with his condition. Despite initial misgivings, other deaf people help him to experience a rewarding life through sign language and mutual support. This environment and the gentle guidance of former war veteran Joe (Paul Raci) eventually allows him to deal with his deafness, as well as inwardly channel his anger.

Another side to Ruben’s journey is his relationship with Lou. His anxiety in their separation highlights his co-dependent nature, which also motivates his need to return to their isolated life on the road. This not only serves as a painful reminder of his loss but also hinders him from fully accepting his condition, therefore risking his psychological recovery.

Given its protagonist’s handicap, Sound of Metal’s use of ambient noise cleverly and subtly resonates with the audience. Ranging from deafening music to tweeting birds, sound designer Nicholas Becker creates an audible environment that reminds us of the simple things that are easily taken for granted.

In his directorial debut, Marder takes his time to explore Ruben’s inner conflict with realism while highlighting his deaf cast members. Rather than victimise them, he creates a bubble of appreciation and acceptance to show that a disability isn’t the end of the world. Combined with Ahmed’s commanding, multi-layered performance, Sound of Metal marks a turning point in their respective careers.

Overall, Sound of Metal is a startling debut for Marder and allows Ahmed to shine as a compelling leading man.

Sound of Metal is available on Amazon Prime Video from 12 April and released in cinemas from 17 May.