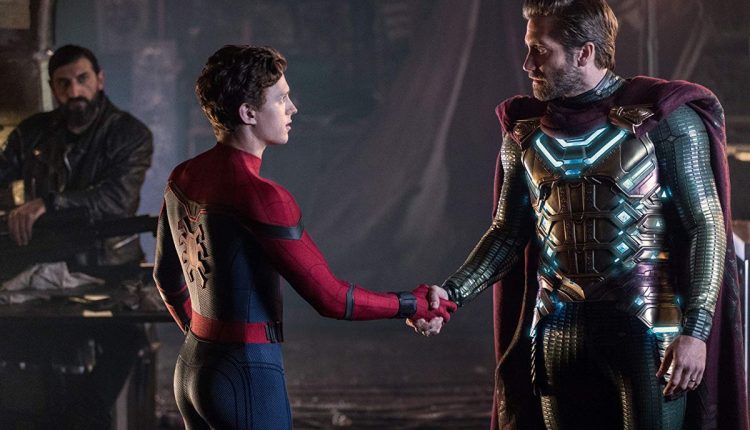 So, after ten years of constant adventures and averted apocalypses, the Infinity Saga of Marvel’s Cinematic Universe is nearing its end. After the heartbreaking Avengers: Endgame, what’s next for Earth’s Mightiest Heroes? Spider-Man: Homecoming director Jon Watts provides the answer – a school trip across Europe.

After the immense anticipation and emotional investment in Endgame, audiences may consider Far From Home a much-needed reality check. Through Peter tries to get together with MJ, Watts revisits the enthusiasm and awkwardness seen in Homecoming that makes the character so endearing.

Lost without Tony, Peter is finding it hard to find his place in the world as a superhero, as well as cope with being an Avenger. But without any role model to look up to, he allows his insecurities and lack of confidence to overrule his judgement. Enter Beck, whose appearance not only opens up the possibility of a multiverse with the MCU but provides Peter with a chance to escape the pressure of being a hero. But when the big bad enters the scene, it is clear that the Snap/Blip has changed how people see global threats – and their faith in who will protect them.

Proving himself in the MCU, Holland offers a sense of maturity to deliver a more rounded performance and firmly establishing Spider-Man as an integral MCU hero Gyllenhaal brings empathy to the world-weary Beck, while MCU veterans Jackson and Cobie Smulders are given little to do but provide hope that SHIELD is still active.

Behind the camera, Watts keeps his direction safe and familiar through a blend of action, comedy and mild drama. However, Chris McKenna and Erik Sommers’ screenplay cleverly connects the narrative with previous MCU films to ensure certain characters are not forgotten. They also dedicate significant screentime on Peter and MJ’s budding relationship, which sees the two characters share a charming yet relatable chemistry.

After Endgame, Spider-Man: Far from Home didn’t need to be amazing – it needed to reassure audiences that there is still life in the MCU. Thanks to Holland’s performance, it looks like Spider-Man is here to stay….at least for a while.