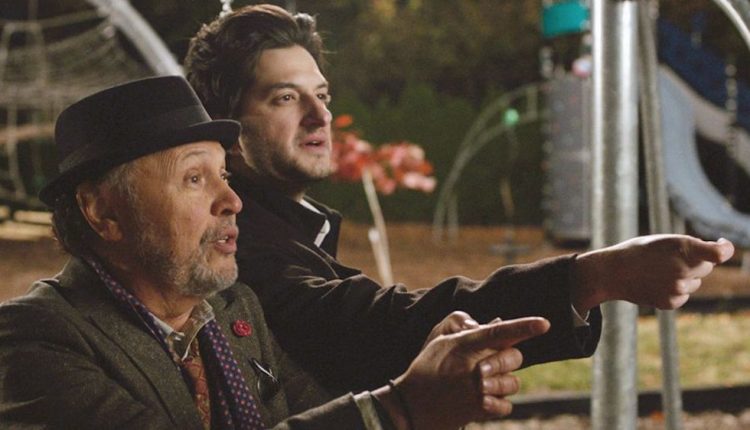 Starring Billy Crystal and Ben Schwartz, Standing Up, Falling Down is the feature film directorial debut of Matt Ratner. Premiering at the 2019 Tribeca Film Festival, the film follows stand-up comedian Scott (Schwartz), who is forced to move back home after failing on the LA comedy circuit. While struggling to reconnect with his family and friends, he forms an unlikely friendship with his eccentric dermatologist Marty (Crystal).

When the film begins, Scott feels like a fish out of water. While his LA dreams are in tatters, his friends have children and his ex Becky (Eloise Mumford) has married another man. At home, his parents see his return as a sign of him embracing ‘real-life’, further depressing Scott as he refuses to give up on his dreams. This causes him to distance himself from his family, leading to him to find a somewhat kindred spirit in Marty.

Through Jaegerbombs and awkward nights out, Scott finds himself at ease with Marty. A comedian himself, Marty embraces Scott’s comedic talents and offers a sense of much-needed fatherly wisdom. However, it seems that Marty seems to be compensating for the estrangement with his own children, which drives his loneliness and alcoholism. Ultimately, both men somehow lose their way due to their own regrets. Although they try to mend their lives, their respective outcomes show the film’s sensitive side amid its funniness.

Overall, Standing Up, Falling Down is a laidback comedy with plenty of heart. Despite its seemingly ordinary story, Schwartz and Crystal fill it with laughter.