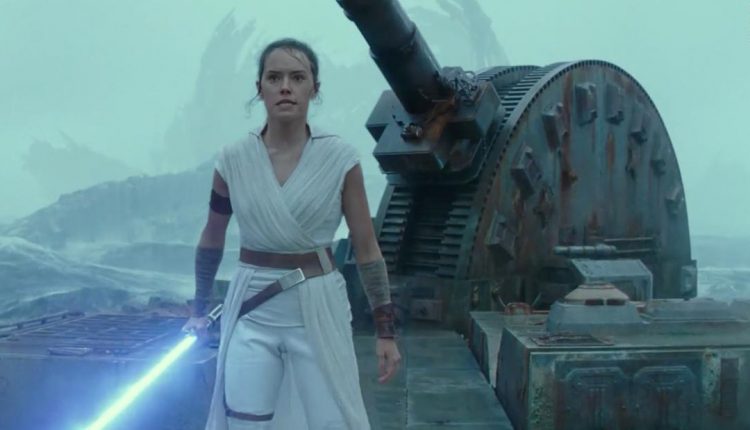 It all started in 1977 with a chase in space. However, laser swords, epic spaceship battles and a raspy villain were only a small taste of what Star Wars would ultimately become. 42 years later, the film franchise is finally reaching its end…but does it deliver?

Star Wars: The Rise of Skywalker comes a year after the events in The Last Jedi, where Rey (Daisy Ridley) continues training under the watchful eye of Leia Organa (Carrie Fisher). But as the Alliance prepares to battle the First Order for the last time, the conflict between the Jedi and Sith finally comes to a head with the return of an old villain.

It is easy to be swept up in the emotional investment from this 42-year-long saga. After multiple films, TV shows and even standalone films, Star Wars has always been a fan-driven franchise, so it needs a fitting ending.

After Colin Trevorrow left as director in 2017, it was up to The Force Awakens‘ J.J. Abrams to finish what he started. But his return comes the crux of the problem with The Rise of Skywalker as he is trying to recoup the fun factor after Rian Johnson’s dark intervention. The Last Jedi tried to develop Rey’s backstory and further involve Luke and Leia in the saga, but it only raised more questions. So now, the final instalment not only has to tie up loose ends but offer the climactic battle for the galaxy – and with these conflicting goals at stake, the intrigue and heart of the characters’ journey go out the window.

Rey’s ongoing discovery about her roots bounces between denial and exasperation while the guys’ sole focus is stopping the First Order, so the banter between all three has become stifled. This is partly due to Abrams and Terrio’s lacklustre screenplay and the middling plot while an unbalanced tone brings down subtle nostalgic touches amid the inconsistent direction. In addition, there is a sombreness that reinforces the finality of the saga and stifles the film’s entertainment factor.

Thankfully, The Rise of Skywalker delivers on its visuals as the spectacular effects complement the vast set pieces and thrilling action scenes. With regards to the cast, the late Carrie Fisher and Mark Hamill have little to do so the franchise’s younger generation dominates the film. Ridley and Driver deliver emotionally fraught performances that balance Boyega and Isaac’s bromance, taking the weight of the veterans’ shoulders to carry the story to its end.

As a Star Wars film, Star Wars: The Rise of Skywalker has its moments but as the finale of a super-successful franchise, it fundamentally buckles under fan anticipation.

Star Wars: The Rise of Skywalker is out in UK cinemas on 19 December 2019.