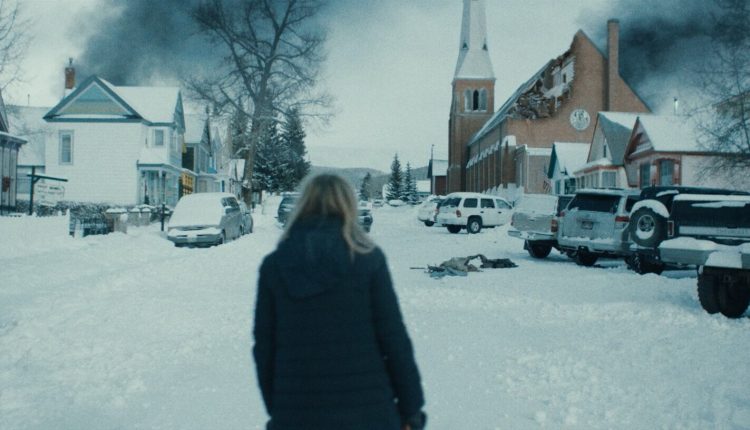 In his feature debut, writer-director A.T. White takes his own personal experiences and creates a film that is more than just your archetypal sci-fi horror drama.

The world of the protagonist, Aubrey (Virginia Gardner), has come to an end in more ways than one. Literally speaking, the film takes place in the middle of an apocalypse, but Aubrey is also grappling with the loss of her best friend.

The empty streets of Aubrey’s town are now overrun by CGI monsters that look like something out of a blockbuster. She has to fight; her life and the lives of the rest of the survivors (if any) depend on it. When she finds a cassette left behind for her in her dead friend’s apartment, it sends her on a journey where she must follow a string of clues her best friend has left behind to find the remaining six tapes, which hopefully will lead to a mysterious signal that could get rid of the monsters for good.

Films like Bird Box and A Quiet Place were all the hype last year, but Starfish is an incredibly unique addition to the long list of apocalyptic narratives.

Aubrey finds herself in her sudden, cold, desolate circumstances without warning, like a fly landing in a water-filled cup, and Gardner perfectly portrays someone drowning in regret and in her grief.

As the lines between fantasy and reality are blurred, there are moments of confusion found in Starfish‘s mystery, but there’s no denying that it’s an incredible visual feast. It’s unique as it presents so many cool elements like an animated dream sequence, and as White is an award-winning musician, the song choices work perfectly with the narrative and the score is beautifully haunting – something you’ll want on your own mixtape.

It’s an ambitious debut that, if anything, succeeds in skillfully illustrating that grieving alone can feel like the end of the world.