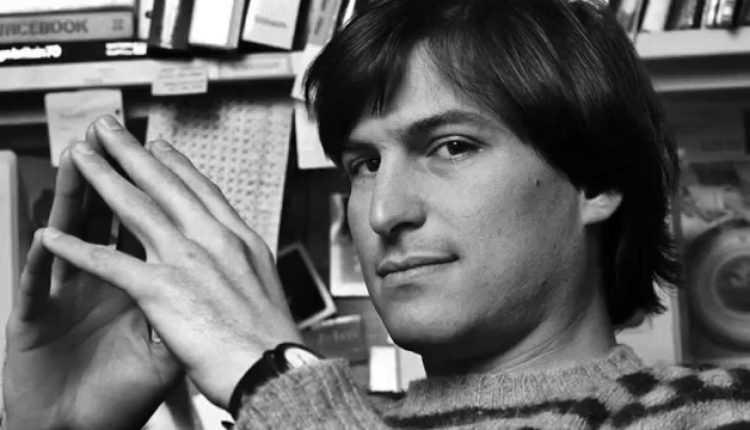 Steve Jobs: The Man in the Machine

Steve Jobs was, unquestionably, a brilliant promoter, with a sense of drama and a gift for seizing the right moment. But he was no universal genius, and his moral and philosophical claims were shallow or false. He was not a nice man. He did not deserve his fame. And he did not deserve to be loved. This is the corrective message for worshipers emphatically delivered by Gibney’s new documentary: that despite his alleged charisma, Steve Jobs was a deeply unsympathetic and un-admirable man. Whether the film has any other convincing point to make, however, is doubtful — despite its striving to attach a critique of current over-dependence on electronic technology. That, if true, isn’t really something we can blame on Mr. Jobs.

The first truly telling piece of information (it’s not news; other documentaries have revealed it) is that the key electronics genius at Apple wasn’t Steve Jobs, but his chief collaborator and Apple co-founder, the other, nerdier, nicer Steve, “Woz,” Wozniak — whom Jobs overshadowed and exploited. Jobs and Woz grew up in Silicon Valley and knew each other from their teen years and Woz thought they were friends, but Jobs cheated Woz on their first big collaboration, for Atari, telling him they’d been paid $700 and giving him $350, when it had been $7000, keeping ninety percent and giving Woz ten. But this was a logical partnership, Wozniak handling the technical side, Jobs dealing with the public, which Woz didn’t know how to do. Young Jobs was handsome and charismatic. His drive was seductive and sexy. His very ruthlessness and brutality conform to a business ideal and young men will be drawn to this unflattering portrait as they were drawn to Michael Douglas’ portrayal of Gordon Gekko in Oliver Stone’s Wall Street.

Gibney uses the usual archival footage and talking heads, with some pretty films of zen gardens and temples in Japan. One merit of the film is that, on the whole, it focuses on one person/source at a time. Gibney is only featuring a handful of the many who worked at Apple even in the early days — and the current Apple refused to cooperate. A supervisor on the first Mac, Bob Belleville, only around for three years, weepingly asserts that Jobs was a force but also a pain. Daniel Kottke, the friend from Reed College and fellow fan of the New Age book Be Here Now who went to India with Jobs, affirms his hippy side: if this New-Age style may have fed into the charisma later on, the spirituality seems only skin deep. In an archival film the Japanese Zen guru Kobun Chino Otogaw describes how Jobs approached him as a mentor at 18, claiming to be “enlightened” and offering a computer chip he and Woz had made as proof . Kobun Chino did not buy. Jobs may have been drawn to Zen and gone so often to Japan because the Japanese are as driven as he was, and Zen clears away distractions.

Delving back further, Gibney provides an interview with Chrisann Brennan, Jobs’s high school sweetheart and the mother of his first child, Lisa. Brennan sums up Jobs: “He blew it.” In other words, for all his material success, he was a total failure as a human being. Reminded that Jobs was adopted and felt rejected and special both, and that he treated so many people so shabbily and burned so many bridges, one begins to imagine that he courted the public because he had no real friends. But this delving into Jobs’ earliest past seems to ramble a bit, and Gibney soon returns to his main topic, Jobs and the rise of the Apple company.

The rest of the film is largely familiar even if you’ve only watched the Ashton Kutcher feature — Jobs’ forced departure from Apple and purchase of what became Pixar, and founding of NeXT; his return to a failing Apple ten years later in the mid-Nineties and saving it with the iMac (1998) — followed later by the iPod (2001), the iPad (2010), and, most successful, the iPhone (2007). Everyone goes around with a “smart phone” in hand, especially the young, which one commentator says has made it “an isolator, not a unifier.” But this can’t be blamed on Steve Jobs, though it seems most unfortunate that Jobs has been so worshipped despite his being an unpleasant, morally abhorrent person and Apple products are overvalued (by the company and by users) despite their lack of uniqueness and the undesirable conditions under which they are made. It is a triumph of marketing, of style over substance.

Much attention is devoted to showing Apple’s, and Jobs’s, bad behaviour, notably through interviews with Peter Elkind, a coproducer of this film and the author of a Mar. 4, 2008 article in Fortune magazine, “The trouble with Steve,” whose subtitle is “Jobs likes to make his own rules, whether the topic is computers, stock options, or pancreatic cancer.” Back-dated stock options to keep high ranking Apple employees from leaving, which Jobs called “golden handcuffs,” and which are illegal, were much used by him. What is “American” about Apple? Its products are all made in China, under wretched conditions (like other products sold in America, of course). Profits are sent offshore to a tax haven in Ireland, started in the Eighties. What’s nice about Apple? Not its goodness in the world. Jobs, unlike Bill Gates, eschewed charitable involvements: Apple’s philanthropic programs ended when he returned to the company. He claimed Mafia-like bullying of a journalist was necessary to preserve Apple’s “values.” And he lied about many things, including his pancreatic cancer, concealing that for nine months he sought alternative treatment when it had been found it was of a rare operable variety and needed to be dealt with right away. And long before that, besides cheating Wozniak, he had denied parentage of his first daughter, Lisa, and when forced to acknowledge it, would pay her only a stipend of $500 a month at a time when he was worth $200 million. His own rules. And pretty ugly ones.

The mystique around Apple goes back at least to the Nineties. How much of it is justified? Dissecting the CEO only, in a way, risks building on his charisma, so much of which is a matter of his own skill at self-promotion. But here we have the information to show us Jobs’s charisma and his values were a sham. Perhaps, the film is hinting, our immersion in the gadgets he so successfully promoted will make us as sick as he was.

Soon we’ll get another version of the man and his work, the feature film Steve Jobs by Aaron Sorkin and Danny Boyle and starring Michael Fassbinder. It will premiere at the New York Film Festival 3 Oct. 2015 and I will review it then. It looks to be a more heavyweight version of what the Joshua Michael Stern/Ashton Kutcher collaboration Jobs was just a rough draft for.

Steve Jobs: The Man in the Machine, 120 mins., debuted at SXSW 14 Mar. 2015, with festival showings at San Francisco (24 Apr.) and a handful of other locations. It opened in Canada 21 August, and will be released by Magnolia in US theaters (Landmark) and on the Internet 4 September.