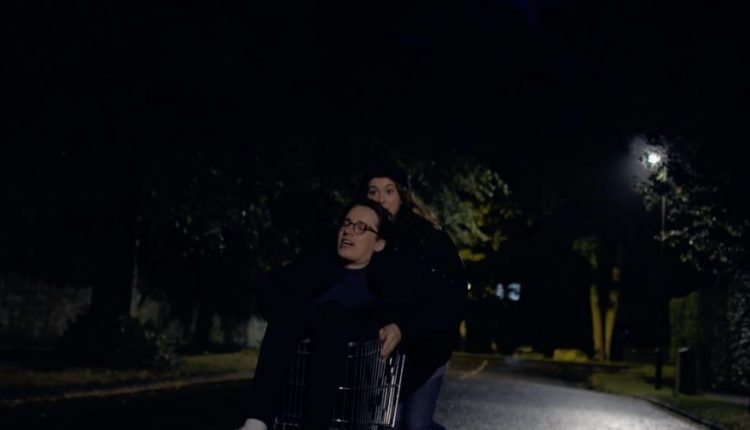 The directorial debut of Harvard John, Sticky Toffee Pudding follows a group of students in their final year of boarding school. While Shelby (Samuel Nicholls) is mourning the death of his best friend Hephzibah (Abi Watkinson), his friends introduce him to a more rebellious lifestyle.

The start of Sticky Toffee Pudding is reminiscent of typical teen dramas that revolve around sex, drugs and twisted friendships. Feeling lost without his best friend, the despondent Shelby as the film’s emotional anchor as he feels disconnected with the world. This is where popular head girl Lilibet (Emma-Kate Barry) comes in, as she and her friends introduce him into a more rebellious lifestyle.

Unfortunately, these friends are reckless and needlessly narcissistic. They revel in getting involved in each others’ personal lives and enjoy shunning or shaming those who don’t fit into their clique. Their general level of immaturity reminds audiences that they are just kids, which makes the events of the film all the more profound, and the uneven dialogue makes it difficult for us to see past their entitledness.

Their own personal dramas also overshadow the more poignant Shelby. Played by the wistful Nicholls, he finds solace in reading Hephzibah’s diary, where she fondly and eloquently reminisces about their friendship. In fact, their shared memories are so heartfelt and carefree that the lack of time focused on their friendship ultimately feels like a waste in comparison to Shelby’s awkward relationship with Lilibet.

On a positive note, Sticky Toffee Pudding uses its characters to delicately incorporate sensitive themes such as classism, homophobia and sexual assault. John uses certain events – most of which revolve around arrogant ass Charles (Callum Henderson) – to allow the characters to experience the much-needed reality check of adulthood. These scenes allow the cast to shine albeit briefly, with Roisin (Sophie Mae) comforting troubled outsider Ariel (Samuel G Caple) being one of the more notable scenes.

Overall, Sticky Toffee Pudding feels like a draft of a really moving great teen drama. John includes enough elements to drive the film throughout its 102min runtime, but the end result is a bit too messy to be deemed enjoyable.